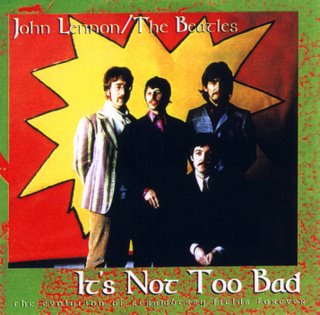 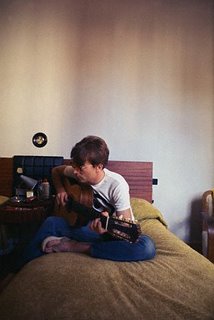 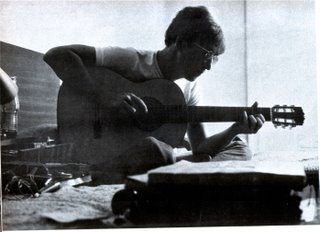 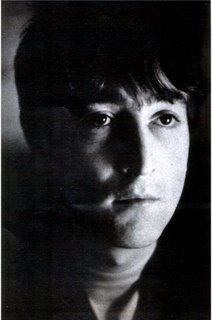 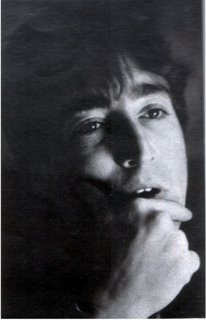 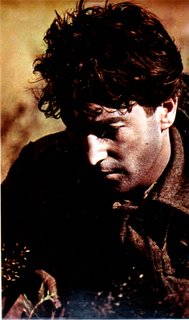 While John was in Santa Isabel, Spain filming How I Won The War, he began composing what was to become the pinnacle of British psychedelia and one of his greatest personal creations, "Strawberry Fields Forever." Equipped with a portable tape recorder and a nylon-stringed acoustic guitar, John retreated to his hotel room and documented the genesis of a masterpiece.

Fortunately for us Beatles collectors, virtually every stage in the development of SFF was released on the 1997 Pegboy CD It's Not Too Bad (the original title of the composition). If only we could have the pleasure of observing the creation of every Beatles song in such a manner as this. It's Not Too Bad is certainly one of my favorite Beatlegs of all time--listening to the way John worked, how he fleshed out the lyrics and continued perfecting the sound when he returned to Kenwood in November. An intimate and privileged feeling, being privy to a genius at work. And what a voice! I love the different ways he finger-picks before settling on a strumming style that is best for the song. (It's playing in my headphones as I type.) I imagine John in his attic studio at his mellotron, perfecting overdubs and making up those strange little songs like "Pedro The Fisherman"...Ah, to have been there.

I remember when I first became fully aware of "SFF"--I was 12 years old, and my aunt had a cassette of the "Blue" album. While visiting her, I listened to the tape numerous times. I was a Beatles fan, but since my parents were really only fans of early Beatles music, I had not been exposed to all of their latter material. I immediately became drawn to "SFF" and "Revolution."

Do you ever think about times in the lives of the Beatles you would have loved to have been a part of--not things like the Ed Sullivan Show or Shea Stadium, but those singular moments of magic between the boys? I often think of the time John and Paul shared a joint and wrote out the lyrics to "The Word", proceeding then to paint and decorate the sheet. Can you imagine that? I also think about John's studio in Kenwood and the creations it spawned. Listening to It's Not To Bad at least allows me to imagine what it must have been like. Those of you with a copy may be inspired to give it a listen and allow John to "take you down."

Here are some pictures of John in Santa Isabel with his acoustic guitar, perhaps working on "Strawberry Fields Forever." The color photo of John on the hotel room bed was sent to be by my friend, Mike. (What an amazing picture!!) I've also included a scan of the cover of the Pegboy CD. The other photos are from the December 1966 issue of Look magazine, scanned by me for you. (Click to enlarge.)
Posted by child of nature at 10:36 PM

Strawberry Fields Forever (and Penny Lane B-side Promo version) was on the jukebox at our local Shakey's Pizza in Simi Valley during the summer of love 1967 - SSF, a frosty mug o' root beer and watching the fellas fling toppings onto our weekend treat probably wasn't the most groovy happening in southern California, but after an afternoon of skateboarding and slot-car racing, it was for my brother and I.
Strawberry Fields Forever, Indeed!
-mike