Some of my Favorite Photos 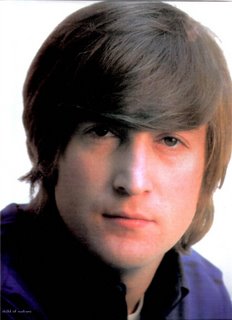 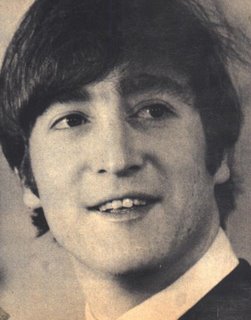 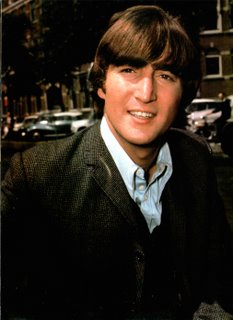 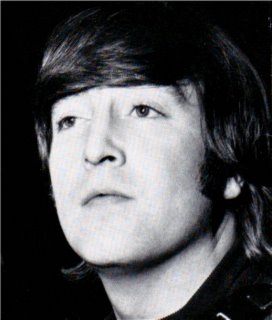 The scan of the first picture comes from my sealed LP of the Lost Lennon Tapes Vol. 33 on Bag Records. (Never opened it because I have the collection on cd; this album is supposedly pressed on pink vinyl--how I've resisted opening it I'll never know.) This is one of my favorite pictures of John, and I've rarely seen it circulating on the Internet; however, I have seen other black and white photos from this shoot elsewhere. I made a small icon of this picture for use on the Beatlelinks Fab Forum a few years ago. The color is vivid--John looks intently into the camera, yet his eyes are still soft. (I also love the royal blue/purple shirt.) There have been many requests for a large scan of this photo!

The second picture is from an original 1964 U.S. teen magazine. John's smile is genuine, and I like the unruly strands of hair sticking out. It seems like a very natural photograph, capturing him at a moment of contentment.

The third photo circulates in a cropped version, so I thought I would include a scan of the entire page. (I found this full photo in a John Lennon tribute magazine from 1980.) It's another exceptional photo. John always looked handsome in a tweed jacket!

The last is from the "Paperback Writer" session. Beatles Monthly photographer Leslie Bryce took a number of great photos that day, particularly close-up captures of John's face, and also many of John playing that beautiful orange Gretch 6120, and wearing those green velvet pants with a rather large zipper for the fly! (More photos from this session to follow).

I am also planning the following upcoming posts: How I Won The War, and a tribute to the genesis of "Strawberry Fields Forever", also some scans of my Japanese 45 picture sleeves. Stay tuned!
Posted by child of nature at 7:52 PM

Oh my, I love all of those :) Esp the first one - he has that bedroom eyes look. And I've always loved the third one. Can't wait for the How I Won the War post! Will there be many lollipop pics? ^_^

Lovely, thank you very much. I look forward to your blog every day!
John is so beautiful.

Thank you both for your continued support of my blog and for all your encouraging comments. I'm really enjoying working on this--it's truly a labor of love! I'm planning a special "Happy Birthday" post tomorrow, so check back!

Most amazing blog, child of nature!
It's spectacular, I love all the rare photos, they're so wonderful. And I'm so glad you share my love/lust of John in particular ;D

Thanks so much! wow!