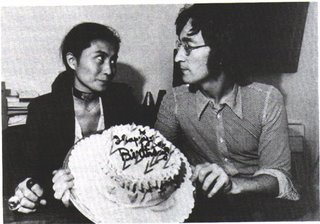 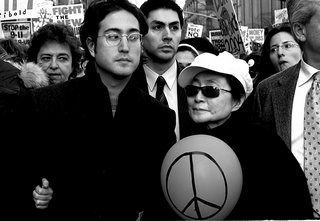 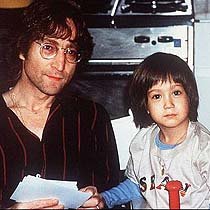 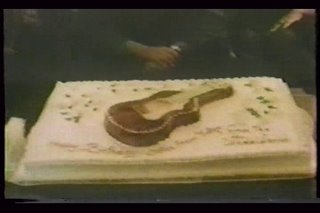 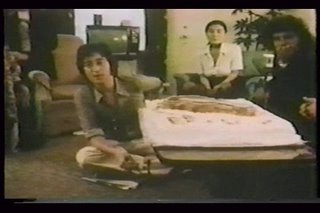 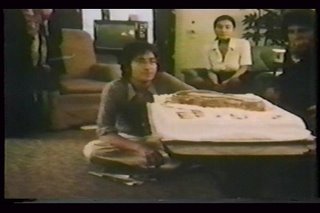 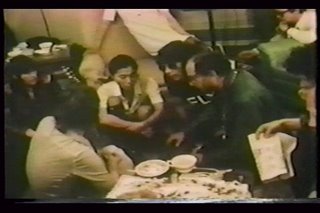 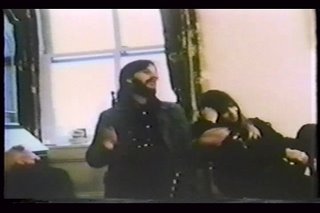 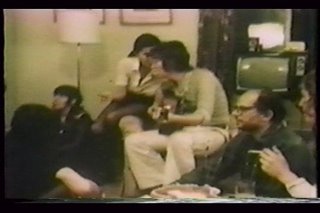 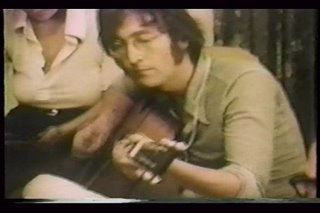 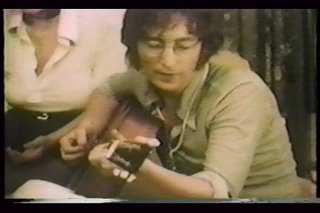 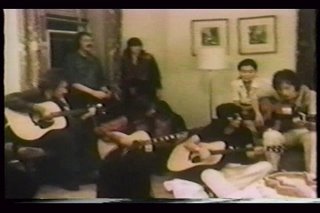 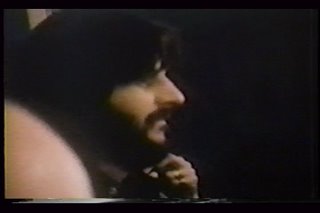 John Winston Ono Lennon would have been 66 years old today had he not been physically torn from this world by an assassin's bullets. In spite of the efforts by many to silence him throughout his life, and even after his death through slanderous character assaults, John's words and messages are stronger than ever before--reaching more and more people across the universe. On John's birthday, I find it a most fitting time for us to renew our own committments to peace and social justice. Some suggestions I would like to offer on how to honor John's life and legacy: Please visit Gold Star Families For Peace to read about the current peace campaigns. Perhaps you will be inspired to sign the Codepink Give Peace a Vote petition, or even give monetarily to Camp Casey. Another suggestion is to visit Amnesty International's website and read about their honorable work. You may consider joining this cause as well. Truthout is another resource that can help you stay abreast of current news on the peace front. John's work was not in vain--he helped shape my social consciousness and that of countless others, and for that I am eternally grateful.

Also on this day, John's son Sean is celebrating his 31st birthday. In 1971 when John was celebrating his own 31st, he and Yoko were in Syracuse, NY, for the opening of Yoko's art exhibit, This Is Not Here, at the Everson Museum. That night, John and Yoko celebrated John's birthday with a party on the 7th floor of the downtown Syracuse hotel. Those friends in attendance included Ringo and Maureen Starkey, Phil Spector, Allen Ginsberg, Klaus Voormann, and Jim Keltner. A fun jam session erupted, which was tape recorded and is in circulation on different bootlegs. (I always listen to it on John's birthday, just for fun!) The party was also filmed by Jonas Meklas, and the screen captures above are from the Meklas film. (Phil Spector is exceptionally annoying during these recordings!) The songs that were run through that night include "Yellow Submarine", "Yesterday", "Uncle Albert/Admiral Halsey" (!), "My Sweet Lord", "He's Got the Whole World in his Hands", "Take This Hammer", "Imagine", etc. John also began composing "Attica State" during this party. You can find the track listing here. I thought it would be very appropriate to commemorate John's 31st as Sean is celebrating his own 31st.

Happy Birthday, John and Sean. Light a candle, listen to your favorite Lennon music, but above all hold on to hope, and spread the message of peace and love in your own way today.
Posted by child of nature at 10:55 PM