There Is Still A Light That Shines 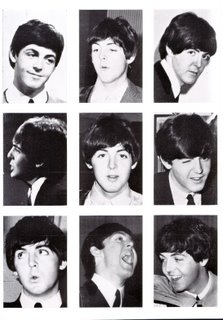 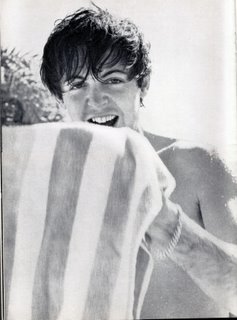 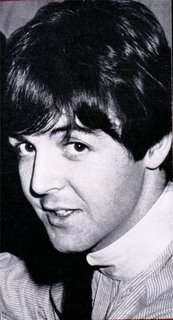 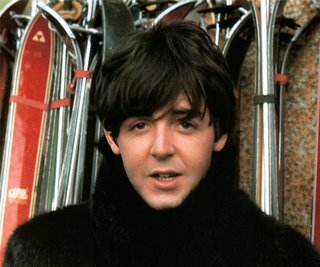 I just had to express my total support for Paul McCartney as he is going through one of the most difficult times in his life.

It is well documented that Heather Mills has a problem with the truth. Many of her lies have been exposed by those who have known her over the years, and I feel this whole debacle will blow up in her face. She and her legal team apparently leaked the document themselves, as it is against British law to publish such divorce papers in the press. If it was handed to them on a silver platter as this was, I'm sure they would not refrain from plastering it all over the place, however.

It is apparent that Mills cares nothing for her daughter--all she had to do in response to Paul's petition for divorce was to agree that the marriage could not be saved. No dirty laundry aired, no additional pain for both parties. This was done to hurt Paul--to hurt him emotionally, and to destroy his reputation. Heather's obsessive need for attention demanded that she make herself out to be some sort of victim, which is incredibly laughable. Heather has never tried to appear weak or disabled, and now she is playing up these atributes to obtain more money and public sympathy for her plight. I never liked her, but I never thought she would stoop to such a level. (Her hard-core bitch personality would perhaps drive someone to behave in uncharacteristic ways...)

As "TheChief" noted in an SH forum post, Paul McCartney has been scrutinized by the public eye for over over 40 years and never once has he been accused of being a violent person. No ex-girlfriend or lover has popped up with some lurid "tales of drunkeness and cruelty". Linda was married to him for 29 of those years, rarely spending any moment away from him. His children adore their father.

This is all just incredibly ludicrous.

Even if one iota of these claims were true, I'm sure Heather distorted and exaggerated what occurred to benefit herself and make herself out to be the innocent victim. I'm sure their marriage was "stormy", but I'm equally sure she actively participated in and most likely instigated any argument the two had!

Tomorrow I'm wearing a Paul t-shirt and my "I Love Paul" Vari-Vue pin to work, prepared to field any comments headed my way. People who have not kept up with Heather's escapades will need to be educated!

I'm very upset about this. I seriously had a hard time sleeping last night.

Here are some pictures of Paul for all his multitude of fans.
Posted by child of nature at 7:52 PM

I totally agree. The papers in UK are full of it. What a load of rubbish. I just cannot understand why he married her in the first place. Trouble is our darling boy is going to be lonely again. I just hope it's all over for him soon; he's already suffered a great deal. I wonder what John would have made of it all?