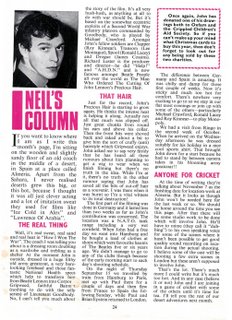 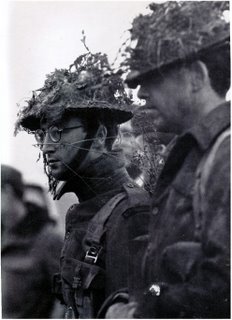 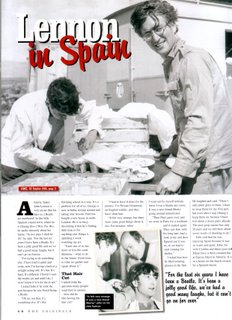 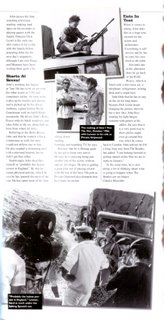 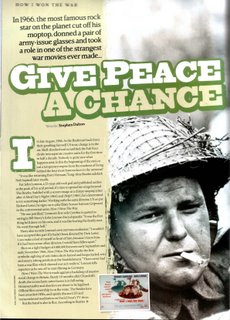 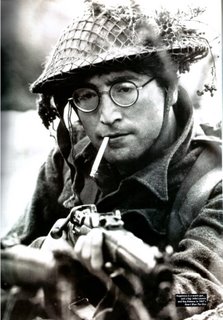 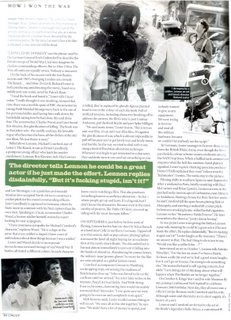 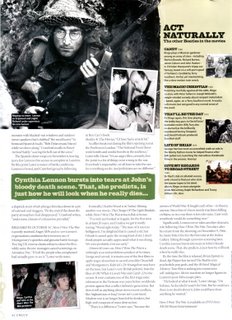 As tribute to Richard Lester's Brechtian satire How I Won The War, you will find three articles, two of which were written at the time of filming, and one in retrospect. The first is Neil Aspinall's column in the November 1966 issue of the Beatles Monthly, the second is a re-print of NME's coverage of Lennon in Spain, and the last is a 2004 Uncut article.

Fast forward forty years--currently in theatres, audiences can view a supurb documentary covering Lennon's peace activism and how his political stance struck fear in the Nixon administration. I finally saw The U.S. vs. John Lennon on Friday night--in a theatre containing only my friend, myself, and about eight other "peacenik" John fans. But what an experience it was! I was riveted--I could not take my eyes from the screen. This engaging film tells the story from all sides involved, including radical activists like Bobby Seale, Angela Davis and Tariq Ali as well as former Nixon aide G. Gordon Liddy and former FBI agents involved in the harassment of Lennon and Ono. Anyone interested in this part of U.S. history would be enthralled.

I've read some unfair criticism of the documentary, citing its brushing over of Lennon's Beatles years, and that it fails to mention Julian Lennon at all. (Personally, I was more suprised that there was no mention of the "lost weekend".) The U.S. vs. John Lennon is not a biography; if it was, more attention would need to be paid to The Beatles and Julian. However, this is a documentary covering John's activism, and the inspiration behind it. It is also unfair to say the film portrays Lennon as a saint--on the contrary, he is seen as very human, as someone who was frightened at what was happening to himself and his wife, but not afraid to fight for his right to remain in the U.S. I won't spoil the surprise, and there is one, for anyone wanting to see it--therefore, I advise you to go as soon as possible, before it leaves the big screen. It's astounding to see Lennon larger than life, being his witty self and having the courage to stand up against a whole administration. (It goes without saying that the music will knock you out.)

As the film drew to a close, all ten of us applauded loudly, wiping away tears from our eyes. A few of us lingered as the credits rolled, singing and clapping along to John's "Instant Karma!" What an inspirational evening.

Enjoy these articles and photos from Lennon's first anti-war film (click on scans to enlarge). For a wealth of Gripweed pictures, visit Trini's Breakfast with the Beatles blog.
Posted by child of nature at 7:33 PM

WOW!!! WHAT A REPORT,HAVE YOU ANOTHER ....FOR EXAMPLE TORONTO ROCK FESTIVAL? MY FRIENDS TELL ME ABOUT ONE IN THE UNCUT MAGAZINE OF THE LAST YEAR ,BUT I HAVEN´T SEEN YET.