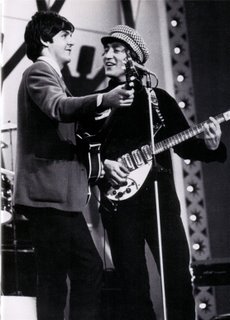 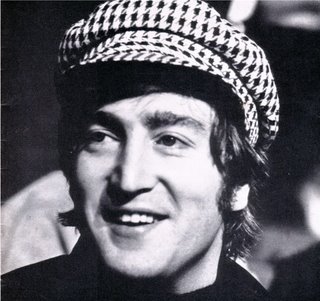 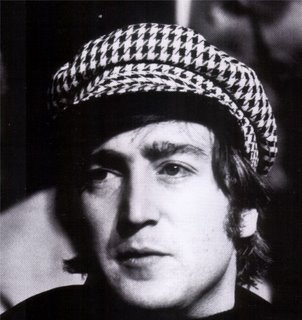 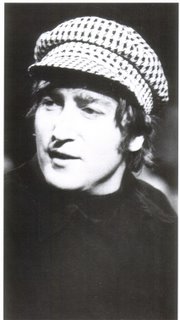 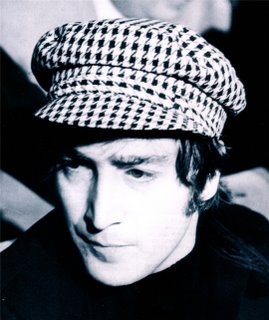 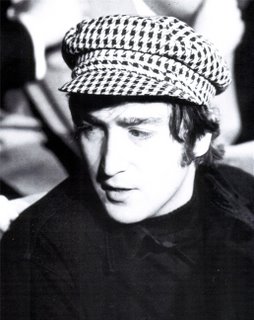 Many of John's fans have quite a fondness for the various hats he donned through the years. I particularly like this black and white houndstooth checked cap that he wore throughout the day on August 1, 1965, as The Beatles were practicing for their evening performance on ABC-TV's Blackpool Night Out. This was to be their first appearance on British television in over a year, and it ranks among my favorites of The Beatles' televised performances.

The Beatles Monthly crew spent the entire day with The Beatles during rehearsals, so a plethora of candid photos from the day exist. These were all scanned by me (click to enlarge).
Posted by child of nature at 11:39 AM

I love that cap as well! Sigh, he really knew how to work hats <3.