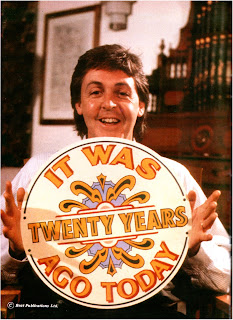 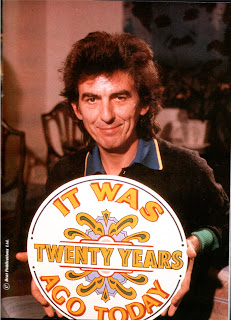 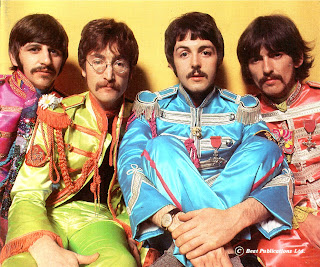 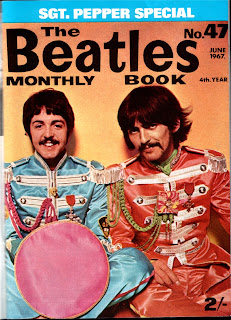 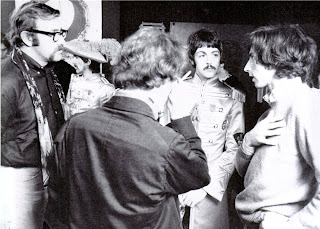 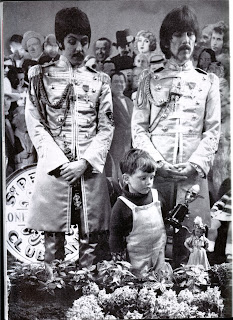 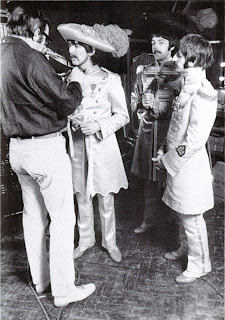 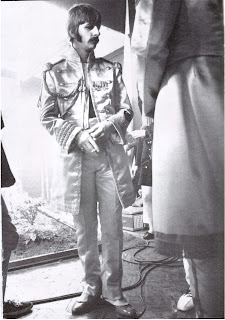 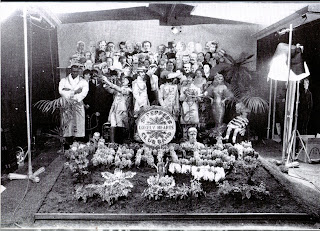 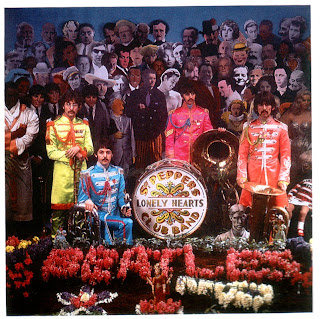 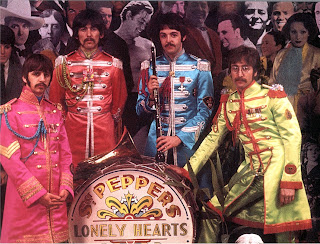 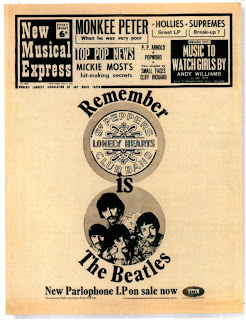 "With our love, we could save the world." - George Harrison

My parents were married in the "Summer of Love"--not that they knew this at the time. It took their teen aged daughter informing them of this coincidence several years later. Where my parents were from, there were no hippies, no yippies, and to them, the Beatles had gotten weird a year prior. I've always felt like I embraced the idealism of the Sixties much more than my conservative parents did in their youth; I felt more a part of their generation than they did. (Quite a strange situation.) In July my parents will have been married 40 years, their ruby anniversary. They aren't wanting a special celebration, though they certainly deserve it.

The "Big Bang" moment of Sgt. Pepper's Lonely Hearts Club Band occurred 40 years ago as well, and there are no grand celebrations for this event either. Once again an auspicious anniversary has come and gone without fanfare. No CD with both the stereo and mono mixes, no deluxe edition with an accompanying DVD of promos and The Making of Sgt. Pepper special. No SACD. Nothing. Almost every music magazine has commemorated it in some way--cover stories for Uncut, Mojo, Guitar World. Even The Week has this article: Meet the Beatles, Again.

Over the ensuing years, the album has gone "in and out of style" with what is considered "hip". It seems to go in waves--for a while it was quite fashionable to bash the album as a relic of flower power, indulgent and irrelevant. In some 100 top album polls, Sgt. Pepper wouldn't even be hanging around at the bottom of the list. Some journalists have gone so far as to suggest that Sgt. Pepper "ruined" music in that it gave birth to a progressive form within a genre that used to be raw and "do-it-yourself" in its approach. What else should artists do but evolve and reflect, or indeed shape, their times? What makes this album so iconic that such divergent opinions of it are still being discussed 40 years later?

I wasn't around to hear the album within the context of 1967, but I certainly remember the first time I heard it. Even though I had years of popular music infusing the context of my listening, I could still honestly say that I had never heard anything like it. I had never felt that way while listening to an album. So much is going on here--it's like attending a Victorian carnival with Oscar Wilde and Lewis Carroll, taking some time to speak with the Dalia Llama along the way, contemplating everyday life, and then finishing the evening at a lecture given by T.S. Eliot and Stockhausen. (Has that ever been said about Sgt. Pepper before? I've been looking for a new way to describe it!) It's a lovely combination of whimsy and substance, old and new, life and death. And the music. I don't think anyone today, with their Pro-Tools and their 48 tracks, could ever re-create what's going on here. The apex of zeitgeist, spirit, genius, chemicals--it's something only the Beatles could create, and could only create at that precise moment in time.

As I write this tonight, I am listening to a needle drop of the Japanese "Red Wax" mono Sgt. Pepper, and the stereo is lined up next. What a way to spend the evening. Some of the photos here are from the Michael Cooper photo shoot of Peter Blake's perfect cover design. (The cover is just as iconic as the music within.)

Don't forget to celebrate and create your own "Summer of Love" this year. We need that unifying force now. "It doesn't matter how old you are, you're as young as you feel right now." John Lennon (I also wish everyone would read Patti Smith's interview in the 40th anniversary issue of Rolling Stone magazine...)

What does Sgt. Pepper's Lonely Hearts Club Band mean to you?
Posted by child of nature at 4:44 PM

Fantastic Post! You described Pepper brilliantly, its a mix of old and new of the surreal and suburban.
For me its a window into that year and what they were thinking. The music, the ideas and the artwork all came together brilliantly.

I feel that its it suffers somewhat because of its reputation. People dont always put in enough consideration into the ideas the songs explore.