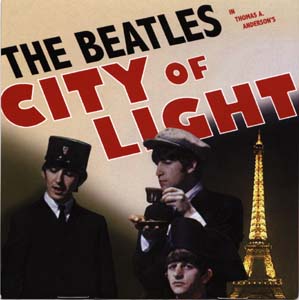 As far as footage I've seen, my favorite would have to be the Les Beatles special taped on June 20, 1965 at the Palais des Sports in Paris. The songs were broadcast out of order (why no one knows!), but the Beatles really put in an enthusiastic performance. The audience sings along with some songs instead of constantly screaming (could be because of the boy-heavy audience). Paul is especially into it, bouncing all over the stage and really wailing! (The audio of this show has been on several bootlegs, probably the best of which is City of Light.)

The audio I enjoy the most is from the August 18, 1965, Atlanta show. The sound is really great, and once again, the Beatles appear to be very enthusiastic. It's also a funny show--when Paul breaks a string on his bass, John attempts to stall but in the end asks the audience to chat amongst themselves because he can think of nothing to say! The Beatles also seem thrilled with the PA system at Atlanta Stadium, and at other press conferences on this tour, they remark that Atlanta had been the best place they had played because of the new PA system. (Of course, Shea stadium is a great show--that goes without saying!)

The NME Pollwinners Concerts are also excellent. In '64, John's mike kept falling down and Paul & George's mike is off throught the first song. They still put in a very solid performance despite the hassles. For the '65 show, they wore the beige Shea jackets, and even though it's in b&w, they look very good. John and Ringo are chomping on gum throughout. George's guitar is a bit out of tune or something. Paul does a screaming version of Long Tall Sally for the encore, the last time this song would be played until some dates on the '66 tour. I also really love the entire Big Night Out show, even though the Beatles mimed their performance. All the Ready, Steady, Go performances are mimed, too, but the interviews and other segments are funny and at times enlightening (It's great to see Dusty Springfield interview the lads!). John is always hilarious when he botches a lyric while miming! Still on the subject of telecasts, I like their '64 Shindig where they do Kansas City, I'm a Loser, and Boys. John cracks me up during Kansas City, making faces while singing the "Hey-Hey-Hey-Hey" refrain--George doesn't notice even though they are sharing a mike.

I also love watching the "Sing for Shell" concert, filmed June 14, 1964, in Melbourne, Australia. This is an excellent concert; unfortunately, the tape of the concert in circulation (including the one I have) is missing the opening and most of "I Saw Her Standing There" (the opening song). The Beatles really seem to be enjoying themselves, and except for some equalization problems (John's guitar is turned up too loud, and you can barely hear George's lead), it's a fantastic performance. John does a cute little dance during the "clap your hands" routine, Paul & George both scratch Paul's nose (!), a guy rushes the stage to shake John's hand---hilarious! (Can't forget to mention the 1965 Blackpool Night Out!)
Posted by child of nature at 1:17 PM

the rooftop concert was a very good performance