Inside the Abbey Road Sessions 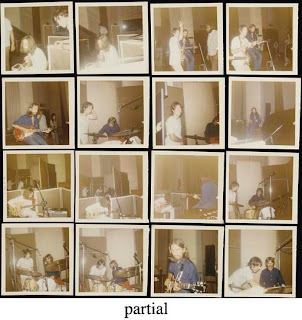 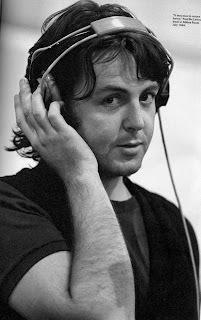 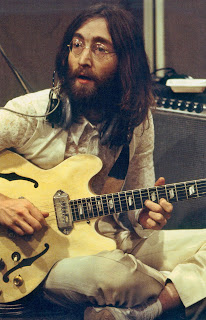 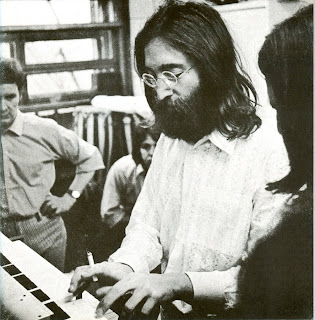 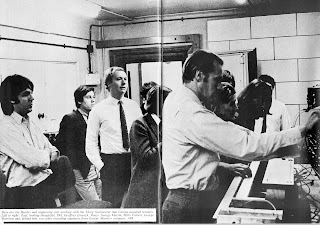 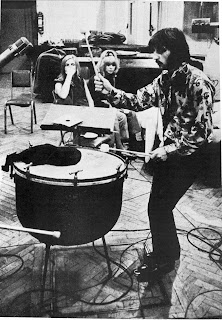 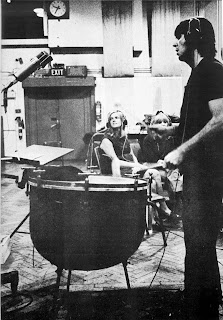 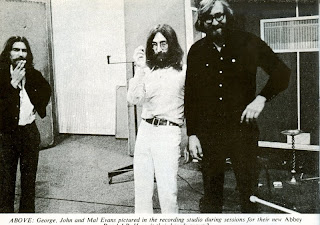 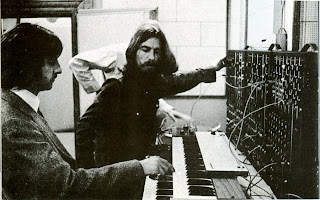 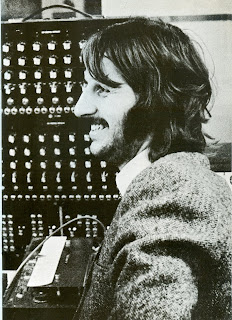 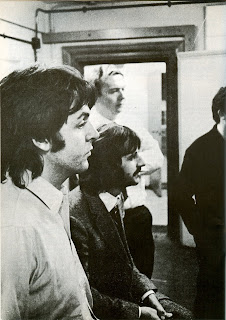 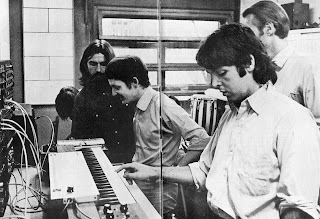 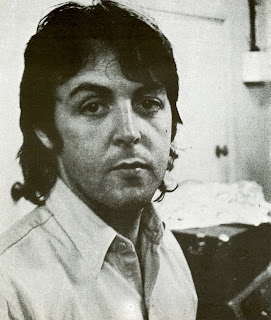 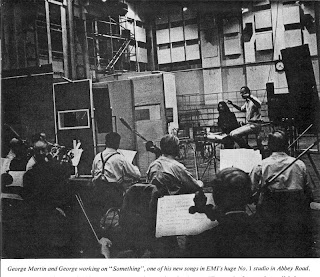 In celebration the triumphant arrival of the long awaited remasters sets, as well as the 40th anniversary of Abbey Road, I present some scans of photos taken during the Abbey Road recording sessions. I acquired the first composite when those photos were up for auction some years back. They were remarkable, as very few photos from these sessions have emerged over the years.

The next two, one of Paul and one of John, appear in the latest edition of Mojo magazine, which features excellent articles on the remasters, Rock Band and an interview with Paul about the Abbey Road album.

The rest of the photos appeared in the September and October 1969 issues of Beatles Monthly. Here we see each of the Beatles getting a turn to mess about with George's Moog IIIp synthesizer, which he had purchased back in February but had only used at Kinfauns to record the track "Under the Mersey Wall" on the Electronic Sounds LP. These photos were likely taken on August 5, 1969, when George brought the Moog to the studio. On this day, George used the Moog to enhance John's mystical song, "Because" (Read all about this in John C. Winn's book That Magic Feeling p. 313--seriously, get Winn's books ASAP).

Because some stores have broken the street date on the remasters, I have been fortunate enough to hear some of the stereo releases--and I have been sufficiently blown away by them! I think the engineers have done a smashing job and deserve our deepest thanks.
Posted by child of nature at 3:44 PM

Juan Pablo said...
This comment has been removed by a blog administrator.
2:24 PM

Just found your site - better late than never. I love the Beatles and I love Abbey Road - so much so that I dedicated a whole web site to the making of this great album. Here is the link:
http://www.freewebs.com/beatlbay7900/index.html
I also love your photos, keep up the good work.