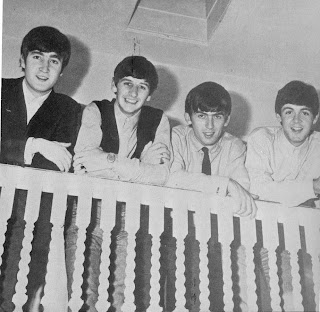 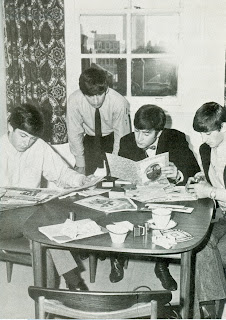 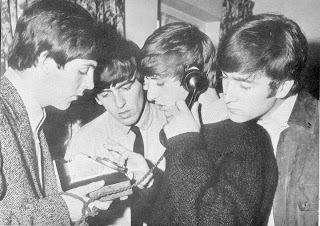 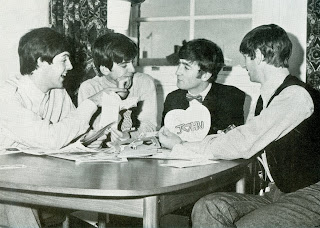 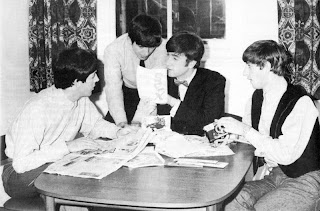 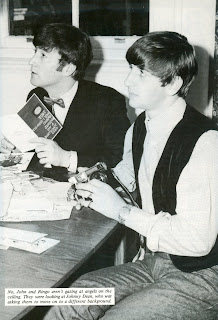 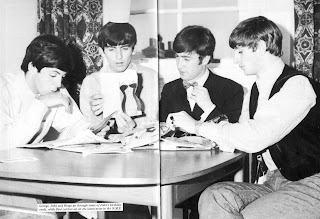 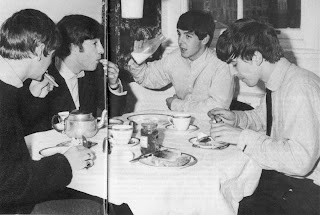 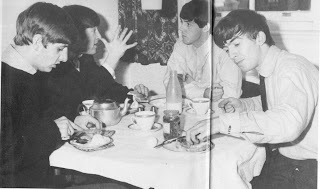 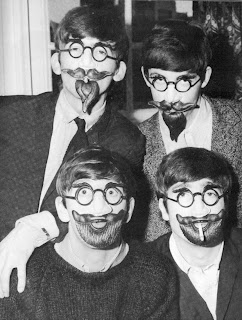 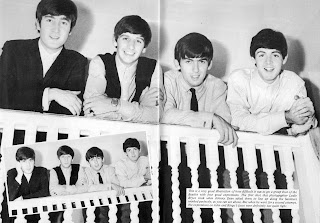 These photos were taken by Beatles Monthly photographer Leslie Bryce when he and editor Johnny Dean visited The Beatles at their London Green Street flat on October 11, 1963. Dean brought John a sack of birthday cards and gifts from fans that had been sent to the magazine's headquarters, located just a half mile from the flat.

As Dean and Bryce entered, the lads were having their morning breakfast of marmalade and toast. Bryce snapped away as they pulled faces for the sake of the camera. When John began rummaging through the pile of cards and gifts, he came across a trick bow tie, which he immediately put around his collar. Some of the cards are visible in the photos above, including a suggestive one detailing one of the Fabs' favorite pastimes! After the photo session, The Beatles departed for a concert at the Trentham Gardens in Stoke.

October of 1963 was a pivotal month in the career of The Beatles - they topped the bill on Sunday Night at the London Palladium, the term "Beatlemania" was coined, "She Love You" achieved gold status, they recorded "I Want To Hold Your Hand," and they were asked to appear at the Royal Command Performance for the Queen Mother and Princess Margaret the following month.
Posted by child of nature at 7:23 PM