But Oh, That Magic Feeling 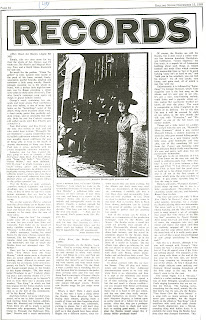 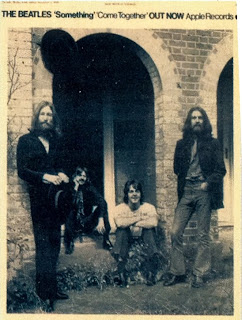 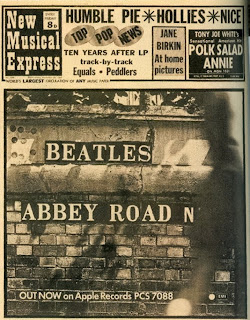 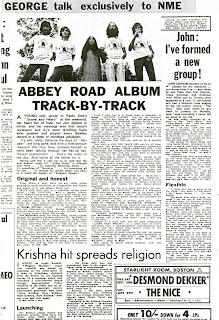 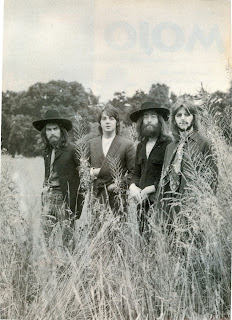 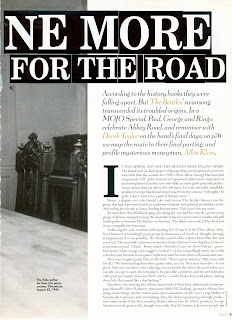 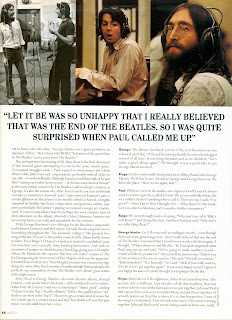 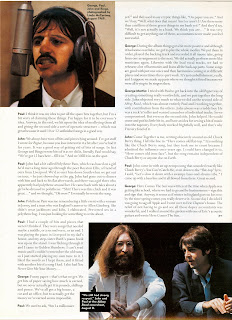 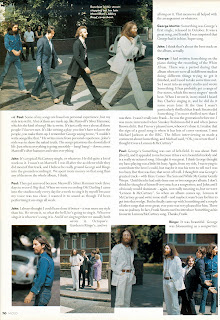 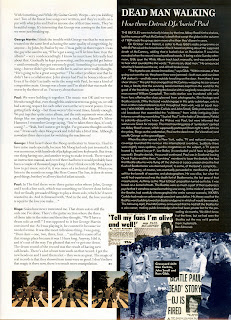 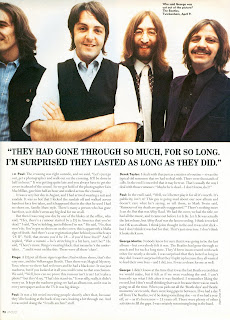 Nowhere to go...
"Soon we'll be away from here/Step on the gas and wipe that tear away/One sweet dream came true today."

"You Never Give Me Your Money" is some of Paul's finest writing, summing up his personal view of the acrimony between the Beatles, the freedom he was about to attain with their break up, and the solace he found within his new marriage. It's a magic feeling to have the rug pulled out beneath you, the tether severed, and one is forced to either soar or to fall flat. It's all or nothing--fear and possibility, no regrets. Linda granted Paul the freedom to be indulgent, to fail, to shed a bit of his famous perfectionism, which proved personally healthy for him whether all of his subsequent solo/Wings albums lived up to their potential or not (which is up for debate).

In tribute to the Abbey Road album, celebrating a 40th anniversary next month, I present various perspectives--some from the past and some from the present. The Rolling Stone reviews--one effusive with praise, the other rife with criticism--are quite interesting, as well as the vintage NME piece, which also includes information on John and Yoko's Plastic Ono Band and George's Krishna Consciousness. I've also included a couple of ads promoting the album. The lengthy retrospective published in the October 2000 issue of Mojo includes reminiscences by Paul, George and Ringo.

I received this interesting bit of information via email; sounds like a wonderful trip:

Did you know that the Beatles wrote 48 songs in 7 weeks on their 1968 trip to India?

This was the most creative musical period for the group, according to Beatles expert and author, Paul Saltzman.

Beatles fans can relive the Beatles memorable visit to India on the first “Beatles in India Tour," Feb. 11-28, 2010. Travelers will visit the Rishikesh, India ashram where the Beatles wrote music and meditated, do yoga, and meet renowned Indian musicians Ravi Shankar and Ajit Singh that performed with the group. They will visit Jaipur, Agra, Bombay, New Delhi and other cities, whitewater raft and enjoy a spa treatment. Emmy Award-winning film director Paul Saltzman, who met and photographed the Beatles in India in 1968, will escort the tour. Saltzman’s pictures of the group have been shown in galleries worldwide and have been published in two books. The tour costs US$7980 (EUR5582) (per person based on double occupancy).

wow ! what a blog

wow ! what a blog

Interesting story you got here. It would be great to read a bit more concerning this theme. Thnx for sharing that material.
Sexy Lady
Female escort