"Guitar Groups Are On Their Way Out, Mr. Epstein" 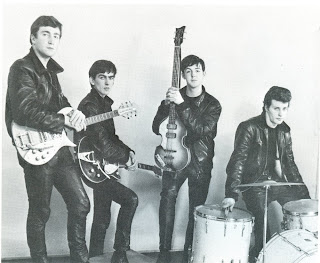 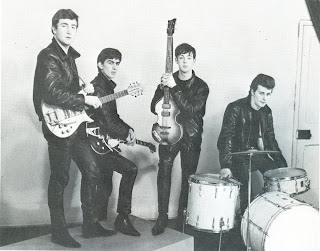 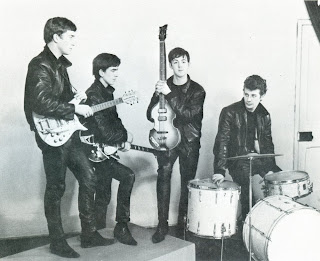 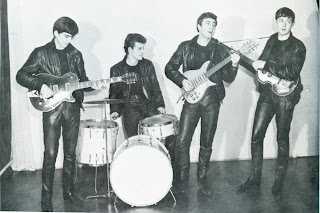 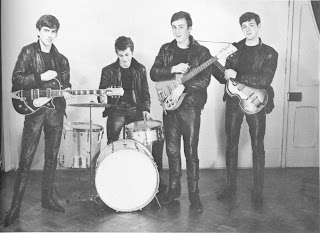 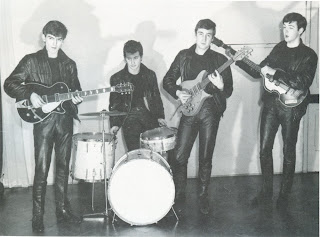 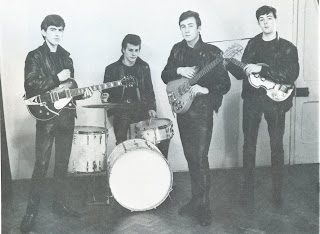 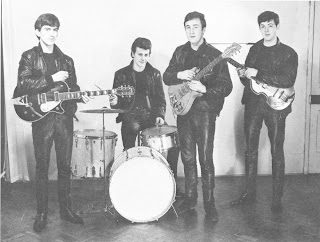 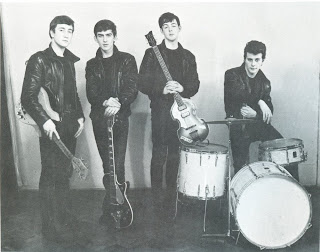 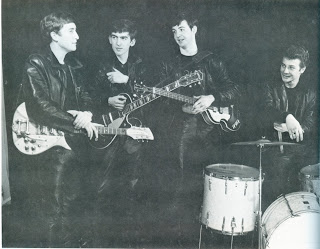 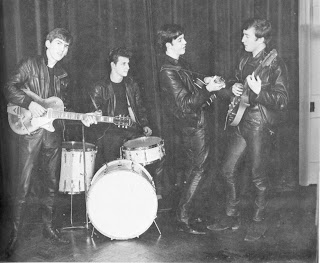 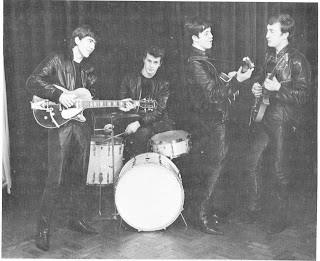 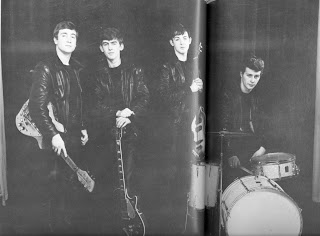 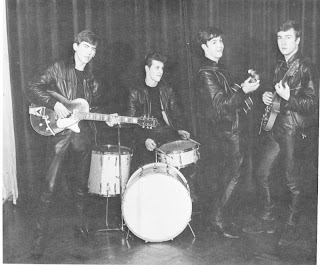 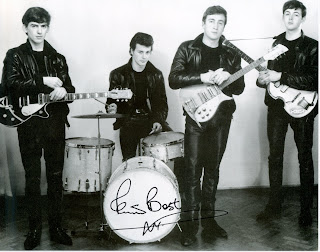 Presented here are my own scans of the famous Albert Marion photographs, the first official ones of the Beatles, taken on December 17, 1961. (The Savage Young Beatles site also hosts these photos from their own scans--the link is on the right.) The last photo is a scan of an 8X10 signed by Pete Best when I met him in 2002.

Although Marion was already a respected photographer at the time, Brian Epstein had a connection with him because Marion was the photographer at his brother Clive's wedding. Against his business partner's wishes, Marion agreed to a session with this leather-clad, scruffy lot. As Marion reflected on the session, he remembered how John and Paul would often laugh and joke, messing up photos in the process. John got on his nerves the most by calling him "Curly," a reference to his male-pattern baldness! Unfortunately, Marion only preserved 16 negatives out of the 30 or so photos that were taken that day.

As I write this entry, I am listening to the Beatles' audition for Decca records, recorded January 1, 1962. I can imagine how excited the boys were, being afforded this remarkable opportunity by a major record label. Epstein was thrilled with the prospect--he had wined and dined Decca's head A&R man, Mike Smith, and had also taken him to a Beatles' gig at the Cavern. Smith was duly impressed and arranged the audition for 11 AM New Year's Day. The session did not get off to a good start, however. Eppy was furious because Smith was late, and when he arrived, Smith informed the group that they could not use their own amplifiers. When the recording began, the Beatles appeared to get nervous, as evidenced in their performance. Still, it is enjoyable, and after a few songs, they become more relaxed and confident. They persisted through 15 songs.

Gareth Pawlowski, in his excellent How They Became The Beatles, reports that Eppy and John had a row when Eppy criticized his vocal performance, but soon patched things up. After hearing the playback, all parties were confident they would be signed to Decca. Even Mike Smith seemed assured. Thankfully, this was not to be. (The reason I say "thankfully" is because--could you imagine the Beatles without George Martin and EMI?) After some weeks, Epstein was famously told by Decca A&R manager Dick Rowe that "groups with guitars are on their way out," and the Beatles would not be signed to Decca.

Some controversy about this rejection persists. Apparently, the Beatles were not rejected on the basis of poor performance. Mike Smith had also auditioned Brian Poole and the Tremeloes on New Year's Day. Smith was told by Rowe that he could only sign one group, and since the Tremeloes were London-based, Decca would not have to be inconvenienced by the Beatles, a group located 200 miles away in Liverpool.

As fate would have it, George Harrison himself later recommended the Rolling Stones to Dick Rowe, and soon thereafter, Rowe offered a contract to them!

For more on the early days of the Beatles, please pick up Gareth Pawlowski's How They Became The Beatles: A Definitive History of the Early Years 1960 - 1964. The pictures within are priceless. Also, go to your nearest bookstore and request a copy of the new edition of John C. Winn's Way Beyond Compare, now published by Three Rivers Press!
Posted by child of nature at 6:05 PM

Got the new edition of Way Beyond Compare in the mail yesterday :-)
I think John and particularly Paul sounds the most nervous on the Decca Audition tapes, while George shines all the way through. Based on the evidence of these tapes, I always figured that George used to sing just as many songs as P & J in the early days, so I asked Rory Best about it a couple of years ago when he gave me the Casbah tour. His reply was that Paul and John were dominating in concert, so I guess that the Decca audition was an exception from the rule. Maybe they heard their own nervousness and decided that the confident one should sing a few more songs?
And thanks for the add! ;-)

Hi, just thought I'd say hello because I subscribed to your blog. I found it through a recent link in BeatlePics at LJ. Love your pictures :)

""Guitar Groups Are On Their Way Out, Mr. Epstein"" whoever made that statement must be hanging himself now. The Beatles became the greatest and most influential artists ever..