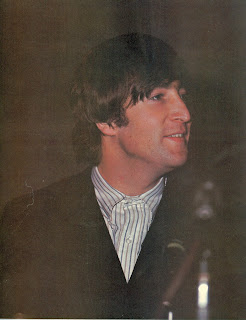 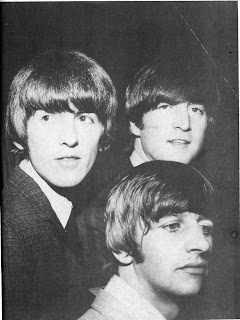 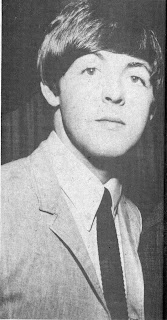 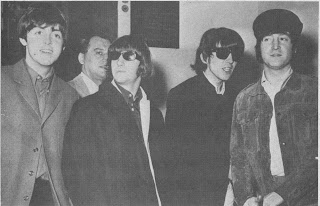 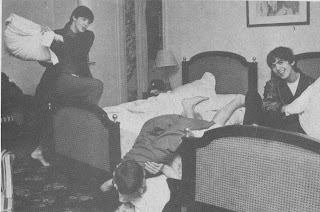 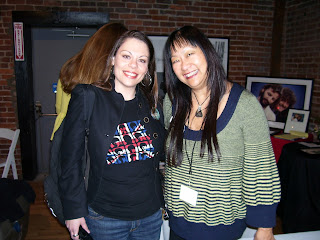 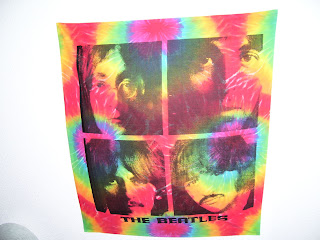 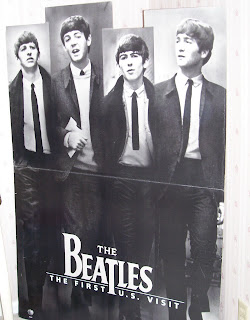 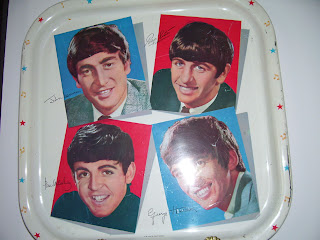 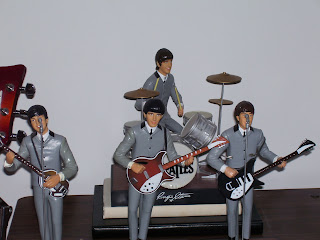 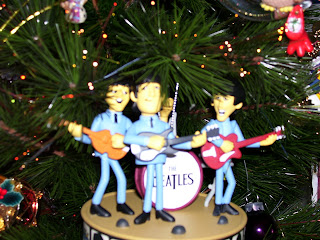 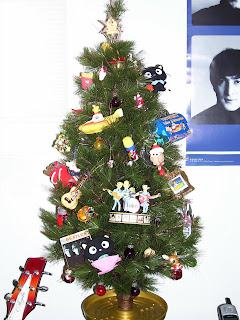 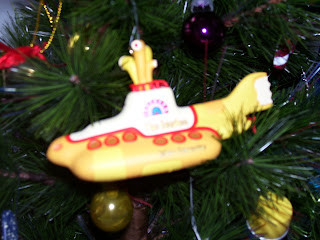 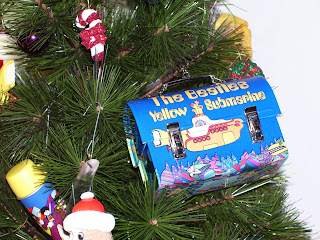 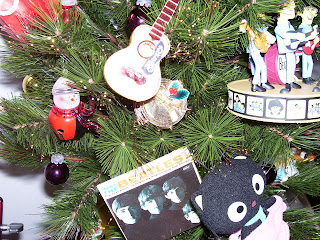 Season's Greetings! In this post, I've included some of my personal photos along with some scans of Beatles pics. As one can see, my Christmas tree is loaded with Beatles ornaments! I also included a picture of me with May Pang (who was very personable and gracious) taken when I met her in October.

Also among the photos you'll find selections from my Beatles memorabilia collection, including a Worchester Ware metal tray from 1964, my collection of Hamilton figures from the early '90s, a large cardboard stand up promoting MPI's VHS release of The First U.S. Visit, and a tie-dye tapestry bearing silk-screened "White Album" photos.

Of course, I had to include some scans of John and Beatles photos. Hopefully you haven't seen a few of those before. I'd also like to direct you to my "Alison's Wonderland" blog, where you will find a post featuring the 1966 Beatles Christmas flexi-disc, Pantomime: Everywhere It's Christmas.

I wish you all a very Merry Christmas and a Happy New Year! May 2009 bring you comfort, joy, peace and love.
Posted by child of nature at 10:09 PM

So who was the photographic incompetent that snapped the May Pang shot? That boy needs to learn how to use a camera! ;-)

Hope the brownies turned out well!

Hey! Came across your page while looking for Beatles blogs. I'm new to this whole blog world. :)

Love the pics and commentary!

Love your blog and I'm linking to it from my own blog over at wogew.blogspot.com
I didn't know that The First US Visit was a VHS release as well as a laserdisc. I remember back in 1991, the only edition I could get was the laserdisc. As I didn't have a player for it, someone transferred it to VHS for me. The year after, there was a VHS release of it in New Zealand/Australia...

Hi, everyone! Thank you for your comments--I really appreciate your kind words and encouragement.

Wogew: I love your blog, too, and I am going to link to it from here! Thank you for your support. I have MPI's First US Visit on VHS as well as DVD (and of course the Apple DVD from 2003).

Best wishes for the New Year!

Really want to comeback to the wonderful time!!