Apple of My Eye, Continued 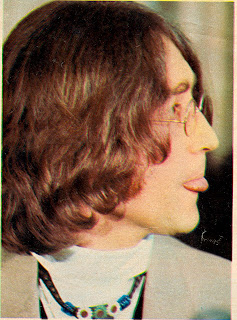 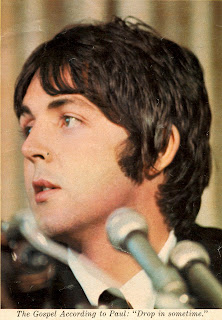 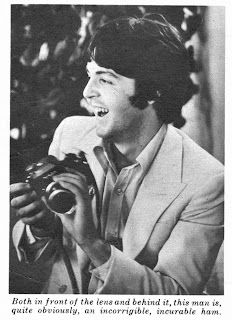 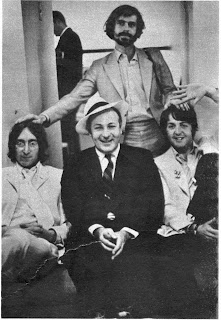 As requested, here are the scans of the other photos that accompanied the Eye magazine article, "101 Hours with John Lennon & Paul McCartney." Lillian Roxon's article covering the Lennon-McCartney May '68 visit to NY to promote Apple is quite interesting, especially her observations of Derek Taylor (an "air of ever-so-slightly-agitated elegance") and Mal Evans ("big, cuddly, cheerful, and sexy"). She's a bit critical of Taylor, and McCartney especially, characterizing him as a ham who would have thrown a tantrum if he was not the center of attention.

The touching part of the article follows the exploits of two obsessed fans, Julia and Anne, who hatched a wonderful scheme to meet their idols. Roxon writes:

Here was the one single thing they wanted and though about, in person, living, breathing, skipping even, a few feet away, bright with color, just like his pictures off for a walk in the park with his three friends (John, Neil and Magic Alex) not at all displeased to see two admirers, glad enough for a little company, and all Julia and Anne could do was stand there. "Oh, Paul," said Julia, glad she had finally thought of a phrase to fit the occasion, "sock it to me." Walking along beside him, along 73rd Street, she confided she was going to England to talk to him. He frowned, shattering a million dreams. "That's not a wise move," he said. "I won't have time for you. If you want to talk, talk now." Julia remained silent. "Talk!" yelled Paul. John was much kinder to Anne. "I am going to live on your lawn," she told him. "You'll have to move when the gardener comes," said John with characteristic Lennon logic.

Those are great anecdotes. "Talk!"

Both of those fans sound irritating. I can't imagine having to put up with this kind of garbage day in and day out.