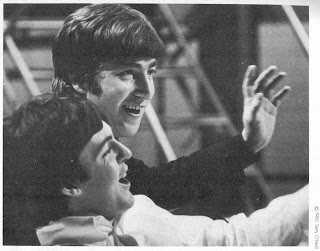 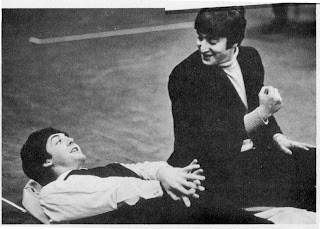 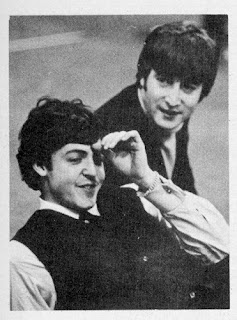 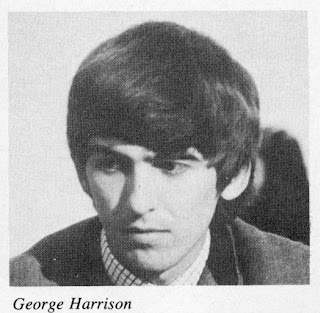 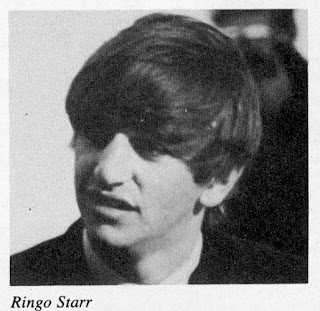 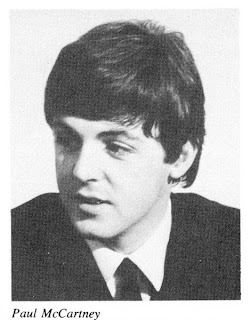 I came across this series of Terry O'Neill photographs in the Jan./Feb. 1981 John Lennon tribute issue of Songwriter magazine. I thought the first three photos of John and Paul together, playfully interacting with each other, were exceptionally adorable. The magazine also includes an excerpt from the David Sheff Playboy interview where John discusses songwriting with Paul.

Do any readers happen to know where those three photos were taken? Could they be from a rehearsal for their Feb. 1964 appearance on Big Night Out--I have deduced that the individual portraits presented were taken then. I also think they could have been taken during rehearsals for one of their Christmas shows, since O'Neill photographed them then as well. The last photo is from their Nov. 1964 Ready Steady Go! performance.
Posted by child of nature at 12:38 PM

I think the photos of Lennon/McCartney together are in Abbey Road Studio II.
The photos of George and Ringo are from the documentary First Visit U.S.A
Viva Brazil!!!!

I think the John&Paul photos could come from the rehearsals for the Shakespeare's skit. (Pyramus & Thisbe)

The Beatles recorded a television special Around The Beatles at Studio 5AB in Wembley England on April 28 1964. These pictures are from the rehearsals that began that day at 11am. The photographer Terry O'Neill was present all day