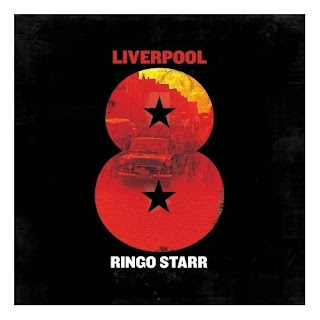 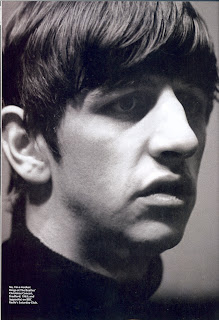 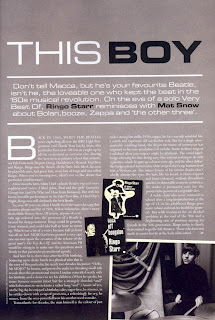 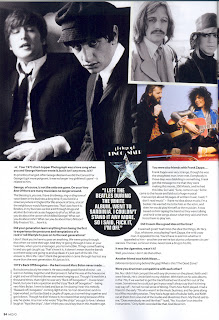 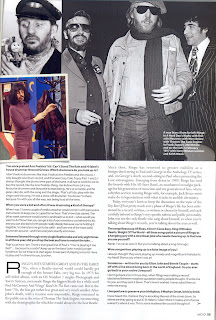 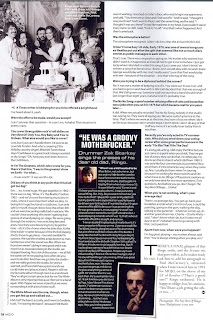 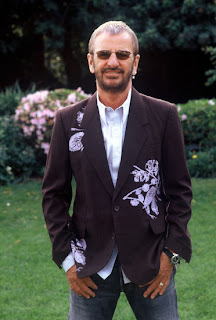 I could sum up this review in one sentence: This is Ringo's best album since Vertical Man.

I had been anticipating how Dave Stewart would impact Ringo Starr's work since I heard they were collaborating. Although the albums with Mark Hudson at the helm were often good, they were becoming a bit predictable; it was time for Ringo to try another "sound." Thankfully, Stewart dismisses a total reliance on Beatlesque flourishes, only keeping references that do not feel contrived. Hallmarks of Hudson's production remain in Liverpool 8 (especially in background vocals), but they are somewhat muted by Stewart's contributions and variations in approach and style. For example: "Think About You" bares traces of Hudson (particularly in the background vocals), yet is elevated by Stewart's touches and a blistering guitar solo by Roundhead Steve Dudas. Stewart adds interesting elements of backwards guitar, phasing, and electronica to the album, all of which are extremely refreshing. Ringo's voice is stronger and mixed better as well.

"Liverpool 8" is one of Ringo's best songs since the Ringo and Good Night Vienna albums. Touching and nostalgic, with fine lyrics to boot.

The opening to "Gone Are The Days" reminds me of William Orbit. I wish the entire track continued in an electronica style.

"Give It A Try" reminds me of the Mavericks: a touch of flamenco and c&w.

"Love Is" is my second favorite track, and the one that forced my eyes to well. The opening finger picking guitar refrain hearkens back to "Julia," Hudson's mellotron to "SFF". Ringo often sings of universal love and peace, but the lyrics of "Love Is" are among the best of his oeuvre.

"R U Ready" is the outstanding track of the album: a country-gospel song about heaven, with references to Krishna. Lots of banjo. Fantastic lyrics.

If you have enjoyed Ringo's run with Mark Hudson (yet perhaps you weren't completely satisfied) I think you will be pleasantly surprised by this departure. Over all, the songs are stronger, have better lyrics, and a variety of styles are explored. I certainly hope Ringo collaborates with Dave Stewart on some future endeavors. This is one of Ringo's strongest efforts in recent years. (Mastered by Ted Jensen at Sterling Sound)

Enjoy the recent Mojo article--an insightful interview with Ringo, originally scanned and posted by someone at the fabulous Beatlepics site.

I have one promotional CD to give away to the first person who correctly answers a trivia question. Please post your answer in the comment section here. I will post a comment when I have a correct answer, and invite that person to email me with his or her mailing address!

**The current promotional campaign for Liverpool 8 consists of badges and bumper stickers urging a vote for "Ringo for President" on the platform of Peace & Love, a clever idea as this is an election year in the US, and it also relates to a past campaign as well. In 1964 (another election year) who released the novelty record "Ringo for President" and on what label? Good luck!!**
Posted by child of nature at 11:30 AM

'twas Rolf Harris of course and it was released on Columbia.

You are correct. I would have also accepted The Young World Singers version on Decca. If you would like the promo CD, you can find the link to email me in my profile.

I agree with you. Dave Stewarts input feels very fresh. I consider this to be one of Ringos best albums.

I'm trying to find one of those Ringo for President bumper stickers! E-mail me if anyone out there has one to sell.