The Beatles' Number One Fan... 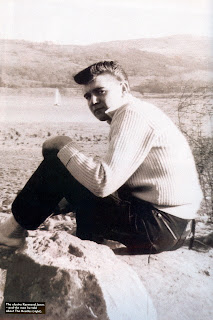 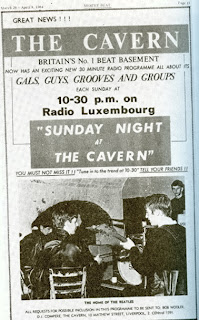 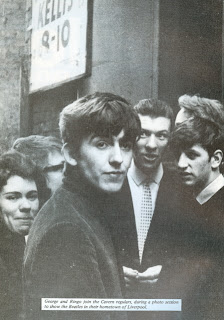 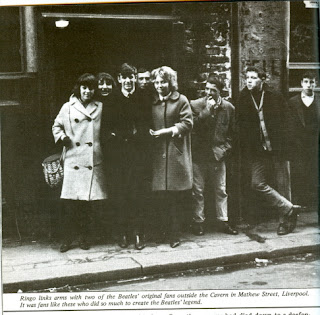 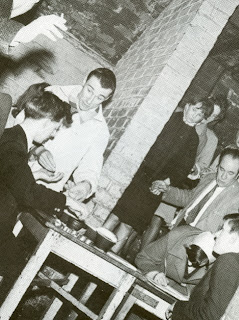 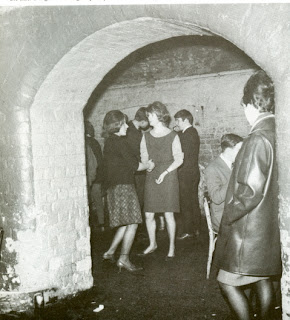 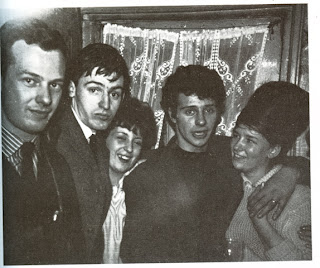 The stuff of legend: Forty-six years ago today (October 28, 1961), an 18 year-old man by the name of Raymond Jones entered NEMS record store in Whitechapel, Liverpool, to place an order for a local band's German-only 45 of "My Bonnie." NEMS manager Brian Epstein, who prided himself in having a copy of every record available, had never heard of this single nor the band who recorded it: Liverpool's own Beatles. The next day, two girls stopped by NEMS and asked for the same record. Epstein inquired further about this group and made a plan to visit the Cavern to watch them perform...

Over the years, many people have tried to refute the existence of Raymond Jones, citing that Epstein invented the character in his mind. Sam Leach and Alistair Taylor have both claimed to be the "Raymond Jones" who ordered "My Bonnie." However, Merseybeat expert Spencer Leigh was able to track down the real Raymond Jones and interview him for Mojo magazine. The article can be found in the fantastic book, The Beatles: Ten Years that Shook the World. According to Jones: "I never wanted to do anything to make money out of the Beatles because they have given me so much pleasure. I saw them every dinner-time at the Cavern, and they were fantastic. I never heard anything like them...I used to go to NEMS every Saturday to buy records by Carl Perkins and Fats Domino because I heard the Beatles playing their songs....Brian Epstein said to me, 'Who are they?' and I said, 'They are the most fantastic group you will ever hear.' No one will take away from me that it was me who spoke to Brian Epstein and then he went to the Cavern to see them for himself. I didn't make them famous, Brian Epstein made them famous, but things might have been different without me" (p. 21). Jones produced a letter from Brian's staff, thanking him for the tip concerning the Beatles.

In this post, I've included a picture of the real Raymond Jones; a Cavern flyer; pictures of George and Ringo outside the Cavern; pictures of the Cavern's interior; and a wonderful picture of a drunk Mike McCartney with Pete Best and new buddy Brian Epstein, taken sometime in 1961!
Posted by child of nature at 10:06 PM

Yes...that's definitely the Ray Jones
Who as far as I am aware, went into NEMS and asked for 'My Bonnie' and in so doing The Beatles name came into the conversation.
Ray & I played guitars in a Liverpool Pub on East Prescot Road from about 1961 to 1966, mostly on Saturday nights. It was very much a sing-a-long night with Ray & I playing and leading the singing with whatever was popular at that time, together with a fair sprinkling of 'oldies'. On of the songs Ray nearly always started singing was 'My Bonnie', which I'd not heard . He knew it was by Tony Sheridan and that The Beatles had been involved with it. He also told me at that time that he had tried to order a copy of it.
Many great Saturday nights and a few years later, Ray brought in a signed copy of Brian Epsteins book, together with a covering letter. He was so proud of it and the fact that his name was in the book. I think a change of Management at 'our pub' meant that the Saturday sing-a-longs finished
Ray and I lost touch for a couple of years during which time we both got married, met again briefly around 1970, and lost touch again when he bought a house outside of Liverpool. I've always looked upon my friend Ray, with the undoubted belief and knowledge that he was The Ray Jones in The Beatles story.

i think the 'fan' on ringo's right is maureen. that's cute.