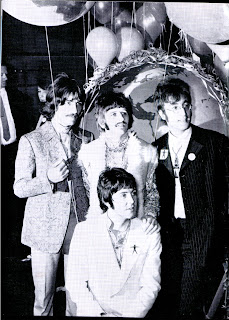 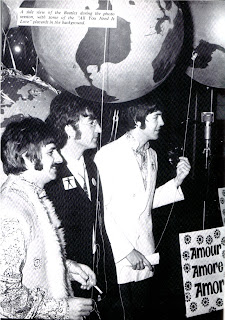 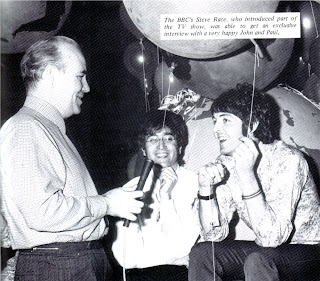 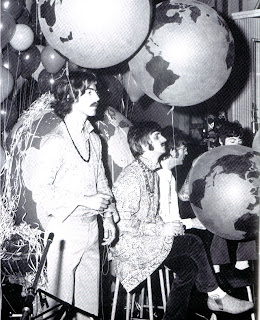 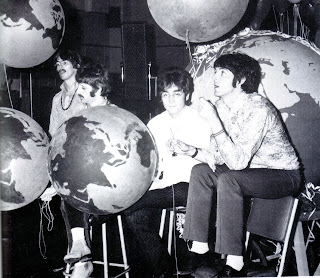 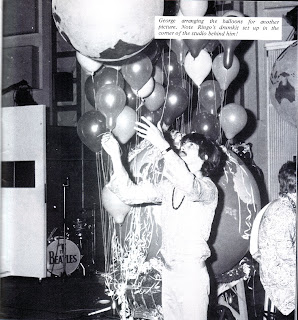 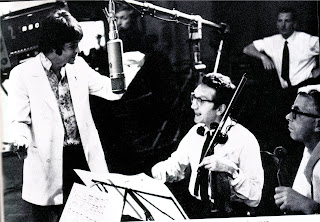 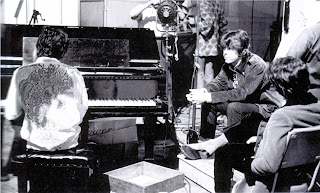 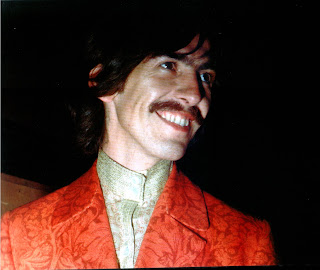 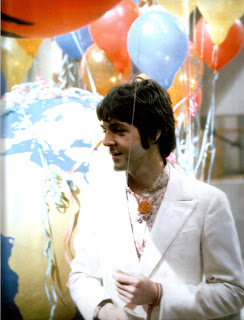 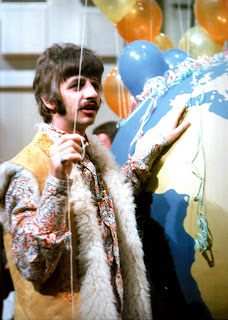 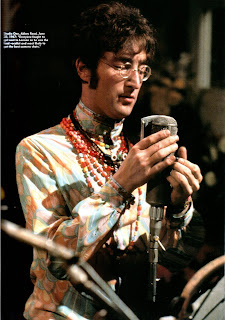 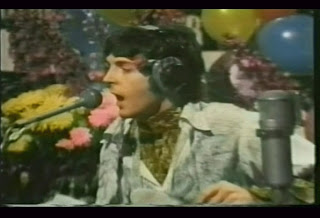 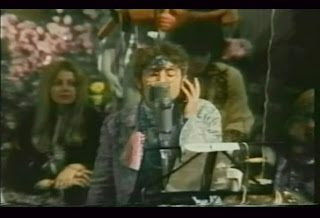 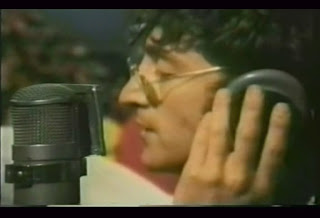 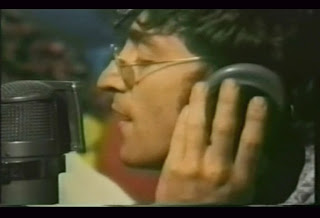 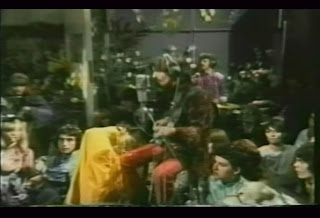 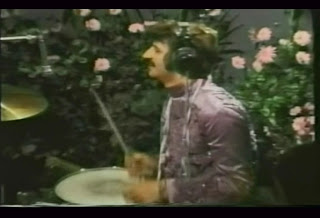 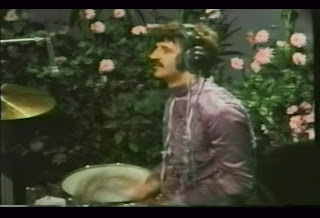 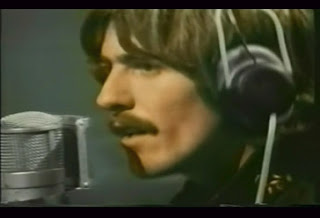 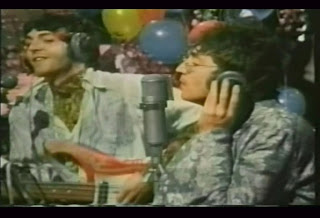 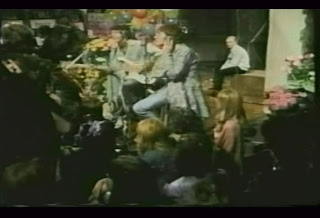 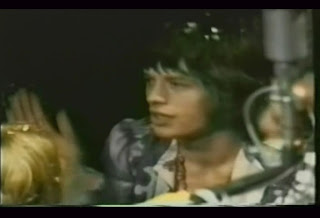 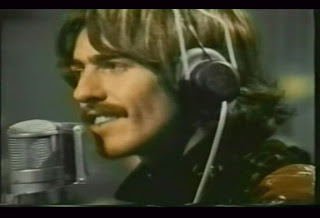 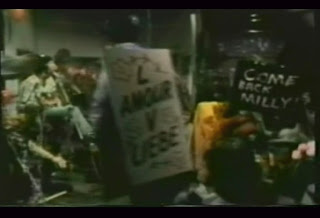 Interesting parallel between tonight's historic "Beatles Family" televised reunion and a worldwide televised Beatles' appearance 40 years ago yesterday--both were promoting Love. Love is now the title of the Beatles' Cirque du Soliel show, and 40 years ago "All You Need Is Love," propelled by 3 satellites, was broadcast worldwide. The photos from this week's post originate from screen captures of the Anthology colorized broadcast, as well as scans from the press conference and rehearsals from the 24th, obtained from various sources, including Beatles Monthly issues, old calendars, and Beatles 365 Days.

I understand that the song is often criticized, and I personally think it is unwarranted and without basis. "All You Need is Love" succinctly crystallized the perfect message the Beatles wished to convey to the world. I interpret John's lyrics philosophically--we can find ourselves, who we truly are, if we have love in our hearts. Our lives could be boundless and inner peace could be attained, but only with a universal love for all humankind. It's the message the Beatles always projected, and I wish more messages like this one were being broadcast worldwide today. I particularly love Brian Epstein's quote concerning the song, which was recorded at the last session he attended before his untimely death: "It is a wonderful, beautiful, spine-chilling record. It cannot be misinterpreted. It is a clear message saying that love is everything. It's the best thing they've done."

"We had been told we'd be seen recording it by the whole world at the same time. So we had one message for the world--love. We need more love in the world." Paul McCartney

Some things of note concerning the broadcast:
The "COME BACK MILLY!" sign--This was written by one of Paul's relatives. Paul's Auntie Milly (the very one that little Beatrice Milly is named after) was visiting her son and grandchildren in Australia. Her family in England thought she might stay in Australia indefinitely, so this message went out to let her know she was definitely missed. Auntie Milly saw the sign and returned home!

The ornate shirt on which Paul had painted the title of the song as well as other psychedelic designs (Paul's back can be seen in the Tony Bramwell photograph above) was stolen soon after the broadcast.

Various members of the pop culture elite attended and participated in the event: Paul's brother Mike, Keith Moon (can be viewed helping Ringo out on the drums, using brushes!), Mick Jagger, Marianne Faithful, Patti Boyd, Eric Clapton, Jane Asher, and many others.
Posted by child of nature at 12:07 AM

Thanks for the notes on the "Come Back Milly" sign shown within the All you need is love broadcast.
Fact: I have been a Beatles fan since 10 (now 37) and always loved the name Milly - which happens to be the name of my 3 1/2 year old daughter. Subconsciously, as this song and subsequent 20 years ago press in 1987 (when I was 15) showed this repeatedly.....its always stuck in my mind. Thanks again