So, You Wanna Be A Rock 'N' Roll Star 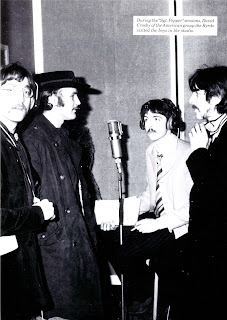 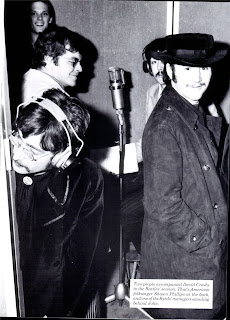 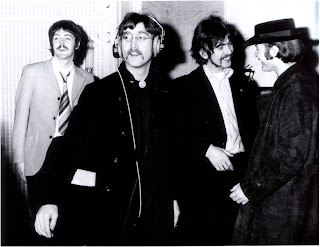 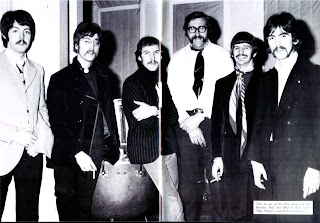 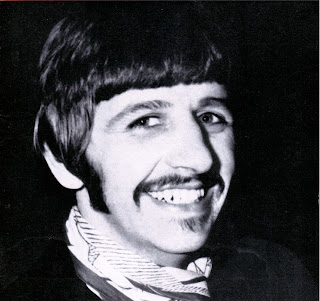 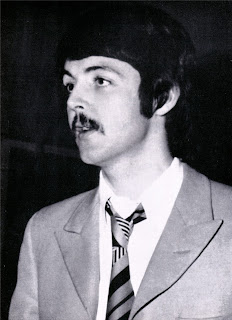 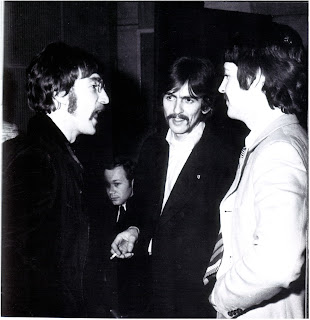 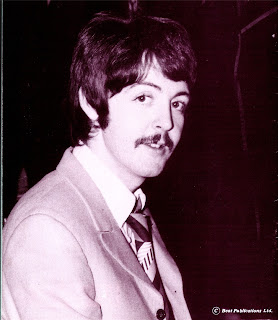 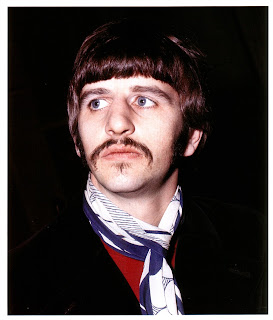 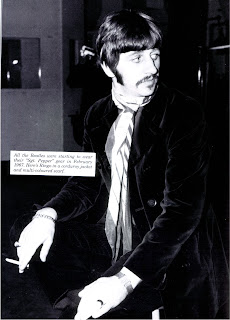 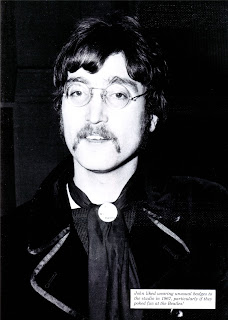 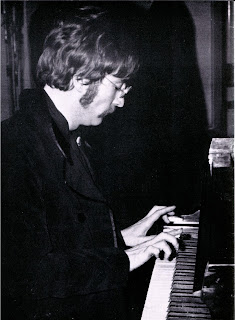 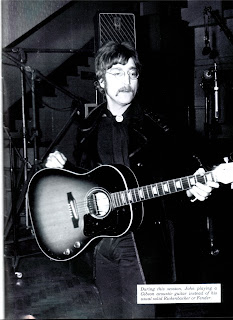 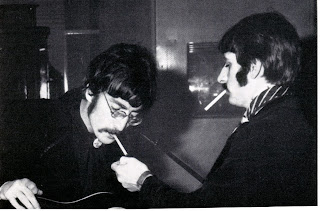 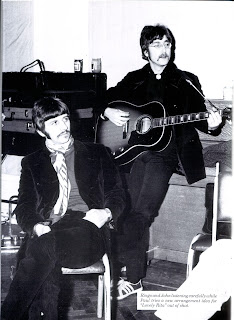 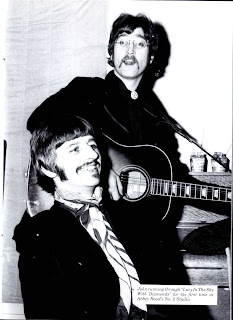 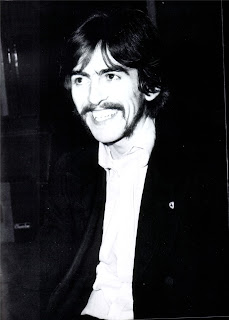 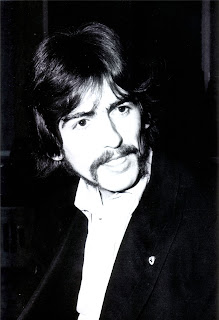 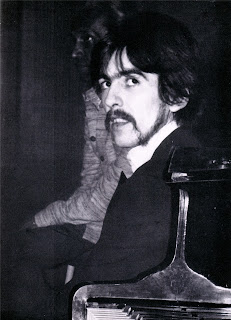 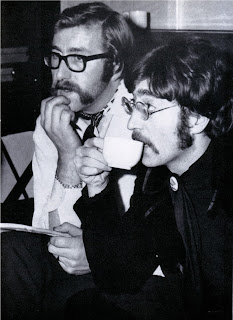 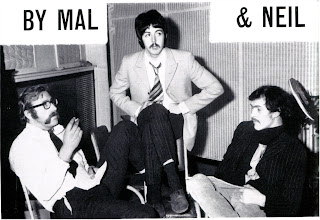 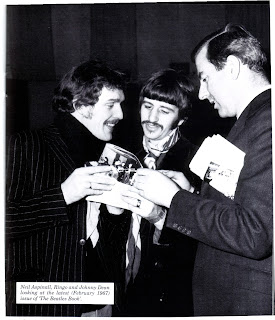 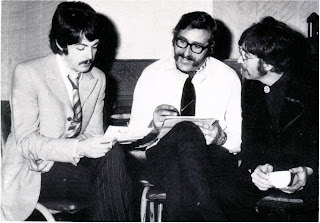 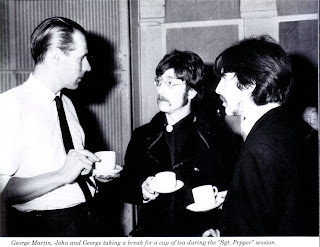 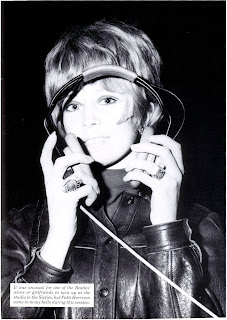 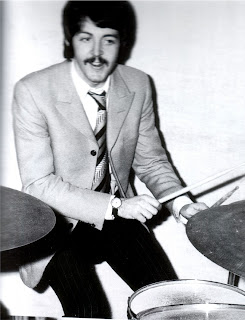 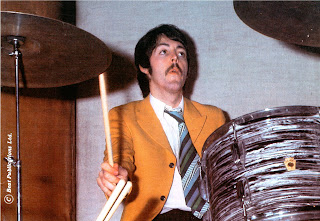 Beatles Monthly photographer Leslie Bryce and editor Johnny Dean were granted access to document an important overdub session for "A Day in the Life" the evening of February 22, 1967. Dissatisfied with the previously recorded "hums" ending of the song, Paul came up with an idea to use a piano chord instead. John, Paul, Ringo, and Mal attempted nine takes of a synchronized E chord, hoping to capture a massive sound that seemed to extend into infinity. The perfected take is actually one minute long, from the striking of the keys until the last sound fades away. One can actually hear a piano bench squeak and the air conditioning at Abbey Road turn on before the last vibration dissolves. The pianos produce such a majestic ending, very appropriate, and a vast improvement over the hum! (The hums ending can be heard on the Anthology Directors Cut and the Yellow Dog A Day in the Life boot. It was nice to finally hear it, but it's easy to see why they had to find a "suitable ending.")

According to engineer Geoff Emerick, it was after this session that George Harrison arrived at the studio with Byrds' member David Crosby, who was in London for a promotional tour. John jokingly chastised George for missing the session, but soon a party atmosphere emerged. The studio was filled with many guests, including Teenset editor Judith Sims (a color photo of Paul at the drums would be a future cover for the magazine), Alistair Taylor, Peter Brown (who can be glimpsed in between John and George in a picture above), folk singer Shawn Phillips, Ravi Shankar's brother, and George's wife Pattie.

As the visitors chatted, John introduced "Lucy in the Sky with Diamonds" to Ringo and Paul using his Gibson J-160E acoustic, moving on to a piano next. When John was finished, Paul ran through "Lovely Rita" on piano, the song the Beatles were planning on recording at the next session. As Paul ran through the song, Mal and Neil jotted down any changes Paul made in the lyrics. Everyone added some ideas for lyrical changes, often comical in nature!

Once the informal run-throughs were complete, an "end of session experiment" began. Paul spent a few minutes on the drums before handing them over to Ringo. The other Beatles (and I'd imagine some of the guests, too) began playing congas, tambourines, etc. Three tracks of a four-track tape were filled with this experiment in sound--20 minutes in the making. I wonder what this sounds like, because it has never been bootlegged or emerged in any other fashion. (This would definitely be something that should appear on a dream Sgt. Pepper 40th anniversary box set!) Apparently most of their sessions in 1967 ended with a sort of jam session. Nine hours after it began the session ended; the Beatles, their guests and friends then departed for a bit of repose before the next night's session.

(I would give anything to have been able to witness a Beatles recording session. I don't think my heart could contain such joy. I'm the kind of girl who's idea of a splendid evening is putting on the four CD set of Studio Sessions at Abbey Road, slapping on the headphones, reading along with John Winn's books, and imagining what it would be like to actually be there with them in the middle of those beautiful moments.)

These pictures document the proceedings of the evening--it's amazing to be able to see John run through "Lucy" on the Gibson, and David Crosby laugh with the lads...Enjoy the beautiful photos. Click to enlarge, as usual. I love the Beatles' fashions, particularly John's "Down With Pants" badge.

By the way: I get a little sad seeing the photos of Mal and Neil. I wish Neil lots of love, and many thanks for his years of service and devotion to the boys we all adore. We wouldn't have the Anthology if it weren't for him!

(References: Scans from the April 1967 and October 1991 issues of The Beatles Book Monthly; information from The Best of the Beatles Book, p. 182) A small request: if you post these photos on other sites, please credit where you found them or link back. Thank you!

It would have been amazing attending any Beatles session, but this looks like one of the most fun.

I'd never seen the photo of David Crosby arriving before, or a color photo of Paul at the drums (what a show-off). And doesn't Pattie look great with short hair? She didn't keep that style very long.

I've seen references to the Director's Cut of the Anthology... can you shed more light or direct me to more information??

I just found your site and this is the first post I've seen. Great fun! Like you, I've often imagined what it might have been like to attend a session. The glimpses we've gotten from the tapes and photos are extemely tantalizing.

Your mention of Judith Sims and TeenSet magazine brought back great memories. Somewhere buried in my basement, I've still got my copies, including the color Paul-at-the-drums cover.

Thanks to you, John Winn, PeteAdequate et al, for keeping those great times ever present and ever fresh!
Ed

Thanks for your comments, everyone! As for the Director's Cut--it's the first version of the Anthology compiled in '93. There are numerous differences in interviews, footage, etc. It has not been officially released.

As for the Teen Set pic--I think I have a picture of that somewhere. I'll look for it and post it if I find it!