"Greatly turned on by the Spirit of the Age" 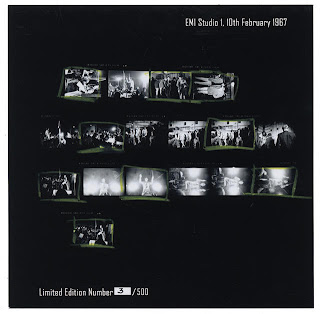 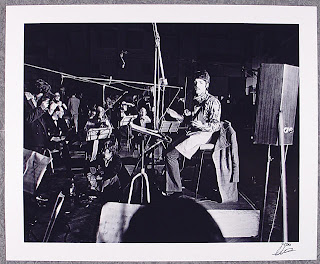 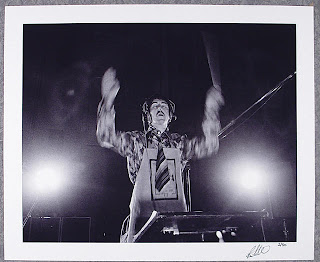 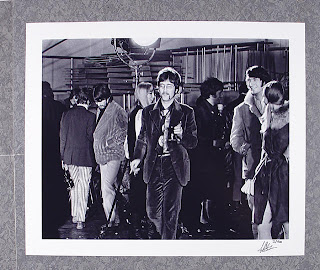 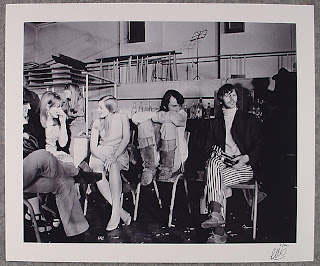 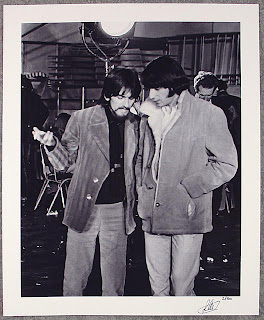 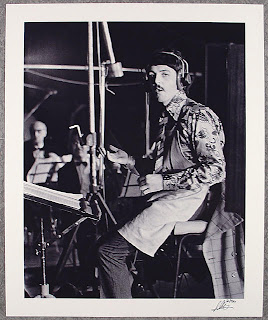 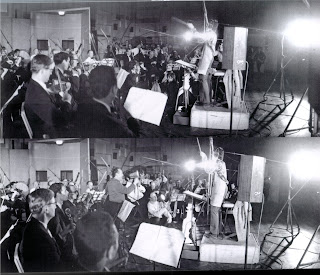 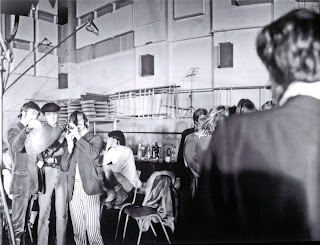 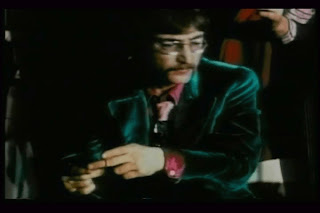 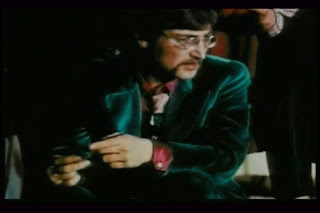 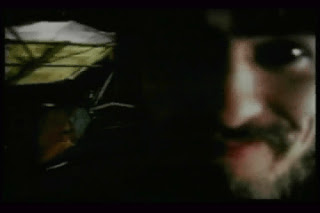 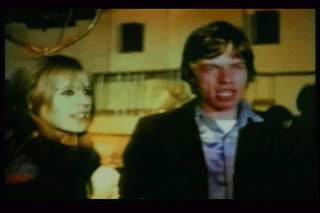 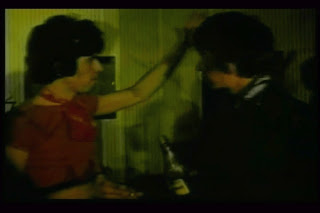 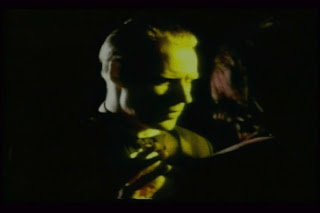 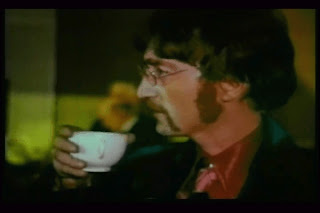 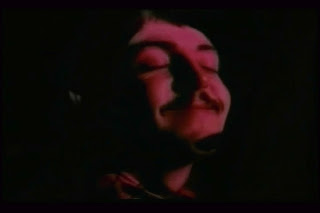 A landmark event in a year filled with them--the orchestral overdub session for the 24-bar gap in "A Day in the Life", the majestic conclusion of the Sgt. Pepper album. Paul McCartney, bolstered by immersion in the avant-garde, envisioned an "orgasm of sound", an orchestral build up from a low note to the highest note each instrument could play. John Lennon loved the idea, and encouraged Paul and George Martin to make this vision a reality.

Forty musicians arrived in Abbey Road EMI Studio 1 for the 8:00 PM session. Also in attendance were the Beatles and many friends, including Mick Jagger, Marianne Faithful, Keith Richards, Mike Nesmith, Donovan, and Simon & Marijke of The Fool. The musicians were instructed to wear formal dress attire and don the various novelties provided--rubber noses, false eyes, upside-down glasses, etc. The studio was filled with bubbles and revelry, a party atmosphere permeated the session. The bewildered musicians eventually placed confidence in George Martin, and proceeded to attempt the unusual request:

"a.) Start very quietly and end very loud, b.) start very low in pitch and end up very high, and c.) make your own way up the scales, independent of your neighbor." (Lewishon, p. 244)

George Martin and Paul took turns conducting the orchestra while Geoff Emerick remained in the control room, capturing the crescendo. The crowd participated in creating the abandoned "hums ending", erupting in laughter at its conclusion. On Feb. 22, the final E major note (recorded by John, Paul, Ringo and Mal on pianos and George Martin on harmonium) that extends into infinity, was recorded to end the song.

NEMS employee and friend Tony Bramwell was in charge of filming the event, which was being documented with 7 hand-held cameras amongst the crowd. The film of that night (including different edits) is still in circulation. At first it was intended to be part of a larger Sgt. Pepper film, but this idea was later abandoned.

The pictures above are from this remarkable session, including screen captures from the existing film. Of particular interest is viewing some of the 100 speakers along the walls of Studio 1. These speakers were utilized while recording the overdub and created a unique sound--"ambiophony". (EDIT: Jim Boggia has brought it to my attention that Brian Kehew and and Kevin Ryan's Recording the Beatles book provides session information that refutes the ambiophonic speakers being used because too much feedback was created in the process. I have the RTB book, but haven't gotten into the meat of it yet. Thanks for the info, Jim.)

I found the first photos up for auction at It's Only Rock 'N' Roll, and quickly saved them to my hard drive! I scanned the middle ones from The Beatles: 365 Days book, and I did the screen captures myself.

A friend used to want to listen to "A Day in the Life" over and over again with me--she swore the sound was like that of the end of the world, very apocalyptic and chilling. I was reminded of T.S. Eliot--"This is the way the world ends/Not with a bang, but a whimper."

"A Day in the Life" is perhaps the most evocative, moving, and complex of The Beatles' recordings--a true collaborative effort, and the "message" of the Sgt. Pepper album as a whole.
Posted by child of nature at 7:32 PM

Love your blog and your podcast.

Just wanted to let you know that according to detailed notes found in the new book 'Recording the Beatles', the Abbey Road Ambiophony system - while at first tried - was ultimately NOT used on the orchestral crescendo. The book actually has a reproduction of the notes (I believe by engineer Ken Scott) where the description of the attempt was recorded. Apparently, it howled with feedback. I am continually thankful to the universe that the Beatles just happened to record for the most anal retentive recording company on the planet and therefore we have access to so much information on how these records were made.

'RTB' is amazing read for anyone interested in the hows of putting together the recordings and a fantastic companion to the Lewisohn 'Sessions' book.

Hi! Thank you for your comments. I have the Recording the Beatles book, but haven't had the time to delve into it quite yet--hopefully this summer. I will edit my post with the correct information. Thanks for letting me know!!

By the way, I'm not DinsdaleP--he has the podcast; I'm Alison, and he just links to my blog. John knows infinitely more about such things than I do--I'm just your average fan, and he's the expert. :)