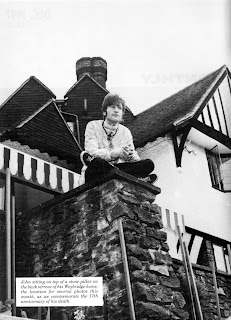 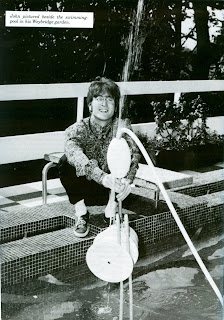 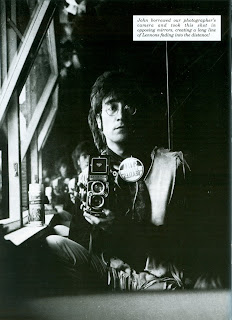 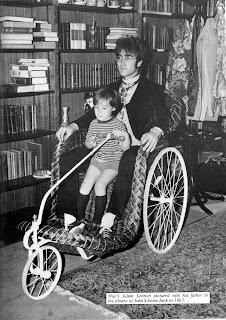 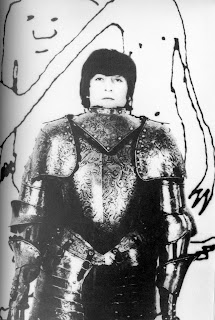 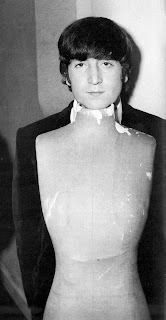 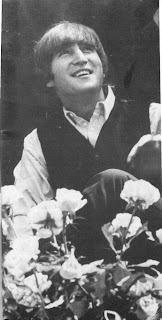 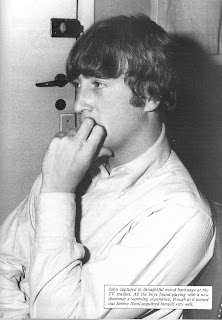 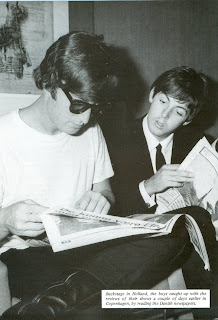 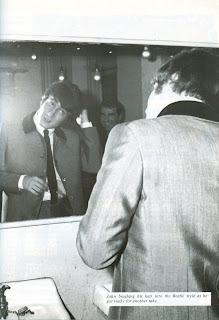 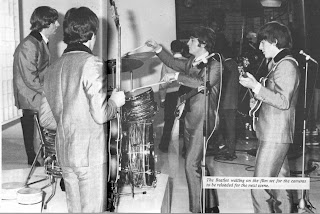 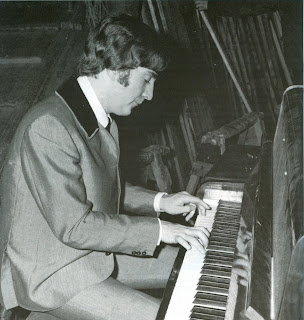 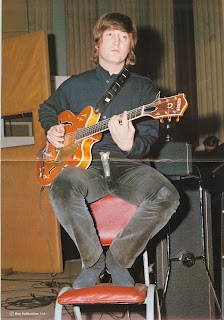 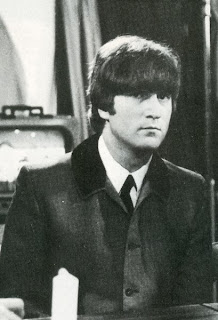 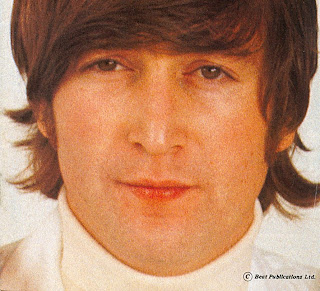 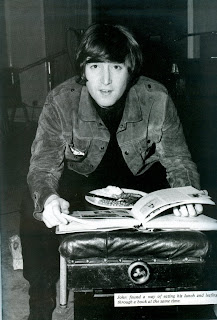 Presented here are some more beautiful photos of John, many of which I scanned from my collection of Beatles Monthlies. By request, I've included more photos of John at Kenwood. The fifth picture is of a gorilla clock in John's massive collection of unusual items; the sixth is of John with the infamous suit of armor which greeted visitors upon entrance to Kenwood.

There has been much ado about the upcoming massive Lennon biography by Philip Norman, which is set for release in October. Apparently, Norman is making some salacious allegations concerning Lennon and McCartney, as well as Lennon and his mother. Lennon fans are quite familiar with the diary tape where John reveals an intimate moment with his mother, but according to reports, it seems that Norman is twisting and exploiting this revelation to get publicity for the book. Yoko Ono, who authorized this biography several years ago, has now retracted her endorsement and has spoken out (along with McCartney) against the tone of the book.

I was worried about this Lennon book from the beginning. Although Norman's Shout! The Beatles in Their Generation is a highly regarded Beatles biography, I found it to be particularly negative. After George Harrison's death, Philip Norman composed a scathing obituary, filled with filth and derogatory comments about Harrison. It was completely uncalled for and shameful; why should anyone expect Norman to treat Lennon any differently? I imagine Ono was unaware of this or she would not have initiated this project with Norman (which I believe was the case).

I plan on reading the book for myself and coming to my own conclusions. I doubt that it can surpass Ray Coleman's Lennon, but I want to determine this once I've read it and not based solely on other's opinions.

It's just terribly tragic that John is not here...
Posted by child of nature at 7:27 PM

Beautiful beautiful pictures! Most were new to me, which is always exciting. Thank you so much for sharing these.

oh wow! just wanted to say I love all the pictures you have here; I will definitely be visiting often! :D