With A Little Help From John, Paul, George, Harry, Elton... 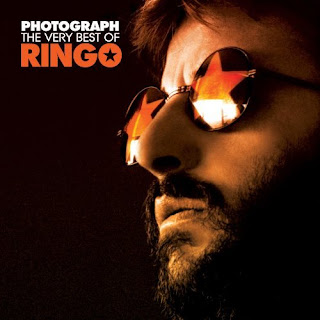 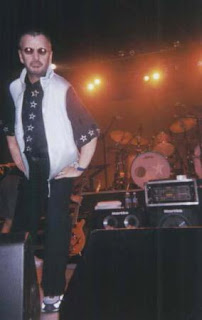 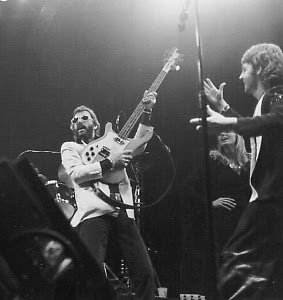 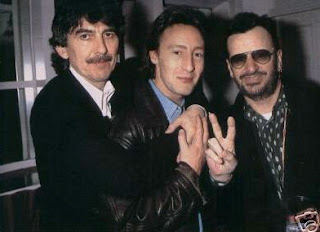 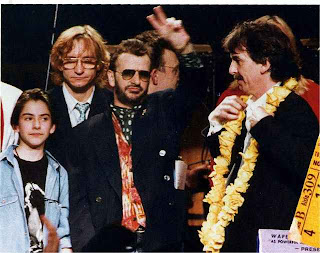 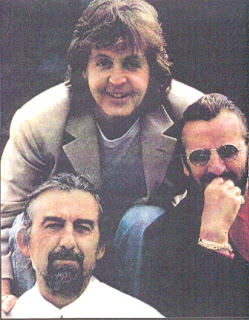 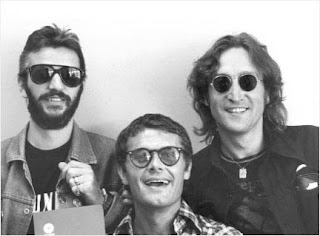 I've always felt that Ringo was the member of the Beatles most hurt by the break up. He always appeared to have a genuine love for the other three, and they seemed to return the sentiment. Even at the height of John and Paul's acrimony toward each other, Ringo wrote an affectionate song pleading for a sort of reconciliation between the factions. "Early 1970" is among his most endearing songs, written from the perspective of the affable drummer on the sidelines, enhanced by George's signature slide. The self-deprecating way Ringo sings about his limited musical abilities certainly adds to the charm of the song.

Throughout his solo career, Ringo's life-long friends have encouraged and supported him, contributing songs, producing, singing, playing. Often the party atmosphere of the sessions emanate through the tracks--everyone seems to be having fun, enjoying each other's company, and that joy is translated to the listener.

I've been very fortunate to have received a promotional copy of Ringo's forthcoming greatest hits CD entitled Photograph: The Very Best of Ringo Starr. What immediately struck me as I began listening is how I found myself smiling uncontrollably as the music played. I think that most will be pleased with the remastering on the CD (I do not know who did the mastering)--although the songs have been mastered louder than on the previous '90s issues, it is not excessive. Several of the songs are improved--"Photograph" is particularly different, almost as if remixed. The background vocals are more upfront, and subtle elements of the instrumentation are more noticeable, i. e., I think I hear castanets in the mix!

Harry Nilsson sounds fantastic in the new mastering of "You're Sixteen," and the double-tracking on Ringo's lead is more prominent as well. (The beloved Nicky Hopkins' really rocks on this track!) The same can be said for "Only You"--Ringo's voice is stronger on the remaster. I love hearing John's voice peek through as the song draws to a close.

As for the track listing, I feel that the best of Ringo's later output was selected, including the Beatlesque "Weight of the World" and his tribute to George, "Never Without You." (Hearing George's melodic solo on "King of Broken Hearts" gets me every time.) Only two tracks from the '80s were selected-- the Harrison-penned "Wrack My Brain" from Stop and Smell the Roses and a remake of "Act Naturally," a 1989 duet with Buck Owens.

I highly recommend the deluxe edition CD/DVD of this title to any Beatles fan. It's an essential addition to the canon of solo recordings. Here are links to pre-order the Photograph Deluxe Edition or the Photograph Standard CD.

On August 28th EMI is set to release Photograph: The Best of Ringo Starr which celebrates the entire solo catalog of one of the world's brightest musical luminaries, Ringo Starr. The album features 7 top ten hits from Ringo's catalog and for the first time in Starr's career his entire EMI catalog will be available digitally. Aside from Photograph, the other albums set to be released include Sentimental Journey (1970), Beaucoups of Blues (1970), the platinum-certified Ringo (1973) and gold-certified Goodnight Vienna (1974) as well as six Ringo Starr ringtones will make their global digital release debuts across all the world's major digital sales providers.

I should be back to posting more regularly. Not only did I have to endure a hard drive crash, but as soon as I installed a new drive, my modem was hijacked by an insidious dialer called "Delsim" which proceeded to prevent me from connecting to the Internet as it dialed expensive long distance phone numbers to foreign countries! Please protect your own computers from trojans, viruses, and spyware so you won't have to go through this nightmare yourself. (I recommend AVG Anti-Spyware 7.5 and avast! anti-virus.) I still need to reinstall screen capture programs, and a new scanner is headed my way. Until then, I'm posting some Ringo pictures I found at the LiveJournal Beatlepics community--a wonderful resource! Thanks to all who share their pictures there. The picture below the cover of the new CD was taken May 31, 2000, the night I saw Ringo & the All-Starr Band in concert in Nashville.
Posted by child of nature at 8:28 PM

Wonderful Wonderful
to have your blog back
with thoughtful thoughts
and pix galore.
Nice to see ya.
-mike

and the tracklist from the DVD is: