A Special Thank You To Ivan Vaughan 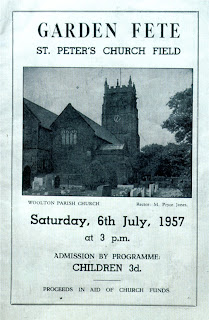 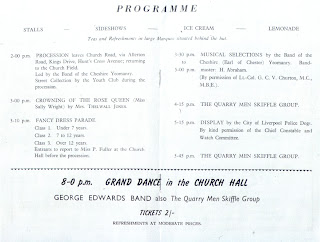 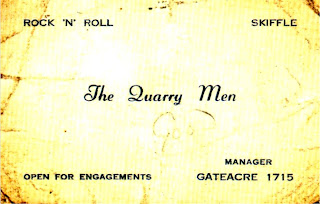 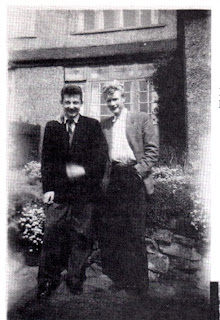 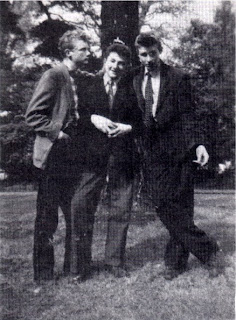 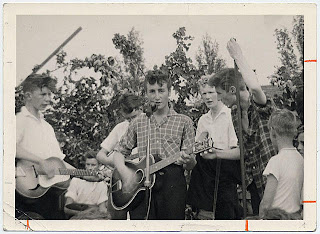 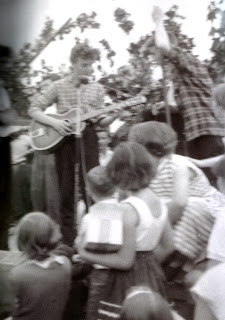 In the minds of Beatles fans everywhere, the day John Lennon met Paul McCartney stands as the historic occasion, truly the most important event in Beatles' (and perhaps all of popular music) history. This is where it all began. All of the significant anniversaries we've been commemorating would have never happened without this meeting of two geniuses whose differences complimented each other in such a way that it can be described as nothing short of magic. Today we are celebrating the 50th anniversary of the Woolton Garden Fete, July 6, 1957. If it hadn't been for mutual friend Ivan Vaughan (who shared the exact same birth date as Paul), John and Paul may have never had this meeting, and Paul may have never had the opportunity to show off his skills ("Twenty Flight Rock," tuning by ear, remembering lyrics) to John. As Quarry Men member and friend Pete Shotton relates in his book John Lennon In My Life: "We were joined in the deserted hall by Ivan Vaughan and a chubby, baby-faced classmate of his. I had thought John might be interested in meeting this guitar-toting friend, who not only was one of the Liverpool Institutes's biggest Presley and Little Richard fans, but also knew how to tune his instrument. The kid's name, it turned out, was Paul McCartney " (p. 53). You'll see some pictures of Pete (with his blond locks) with Ivan and band mate Len Garry in pictures above.

Shotton reflects upon the fateful meeting in virtually the same way as Paul in his beautiful song for John, "Here Today": They were "playing hard to get." "In their initial encounter, both John Lennon and Paul McCartney acted--at first--almost standoffish. John (as I already knew) was notoriously wary of strangers, while Paul, in his polite way, impressed me with his cool reserve. But shy he wasn't, and the awkward silence was finally broken when he got out his guitar and began to play. John was immediately impressed by what he heard and saw" (p. 55). After some lengthy consideration, John consulted with Pete about asking Paul to join the Quarry Men. Some time later, Pete saw Paul cycling through the neighborhood, and asked him to join.

Amazingly, audio from the Woolton Fete Quarry Men's performance exists, though in very poor sound quality. Part of "Puttin' On The Style" has been in circulation for quite some time; however, the BBC recently aired previously unheard snippets of the aforementioned song and also "Baby Let's Play House." I scanned the reproductions of the Garden Fete program and the Quarry Men's business card that accompanied the Lennon Legend book compiled by James Henke to post today.

Unfortunately, Ivan Vaughan passed away in 1993; lifelong friend Paul McCartney wrote a special poem in his honor, which appears in Paul's Blackbird Singing book. A most sincere "thank you" goes out to you today, Ivan.
Posted by child of nature at 10:24 AM

Hey - Great post as always, but have a question about the 6th photo down. Is the border something that was added by you? This is obviously the same exact photo as the classic Quarrymen at the Village Fete shot, but it's cropped. The odd thing is that there are creases in the lower left hand corner that traverse both the border AND the photo inside. Do you know where you got this file from? I know it's a very small point, but there's obviously some "tampering" to make it look like a personal snapshot.

No, the border was not added by me, and it isn't an issue of tampering. This photo came from an auction of photos used for publication in various magazines. Those pictures often have borders like that.

Full version of photo can be found here:
http://home.att.net/~chuckayoub/beatles_july26.jpg

The original post was a year ago but I hope you can answer this. I've just read that there's a photo of John and Paul taken on the day they met. Do you know if such a photo exists, have it on file, or anything??