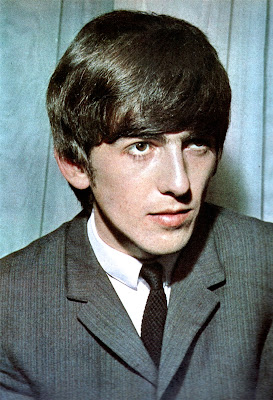 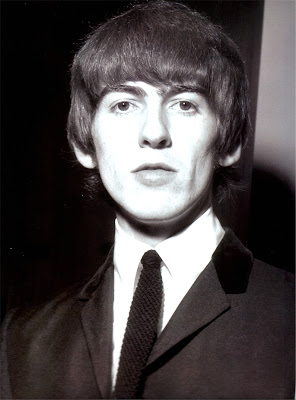 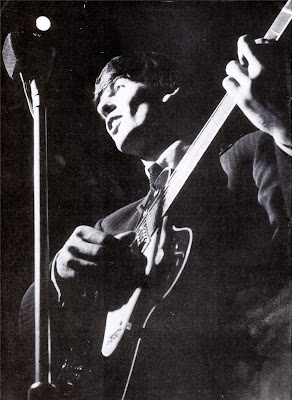 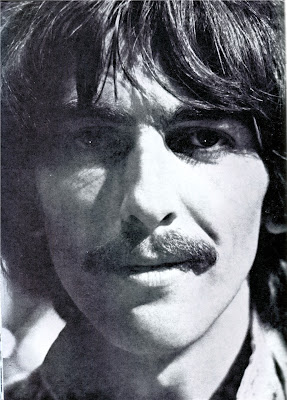 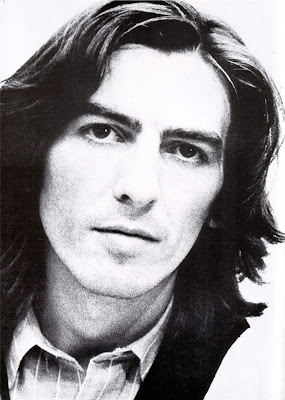 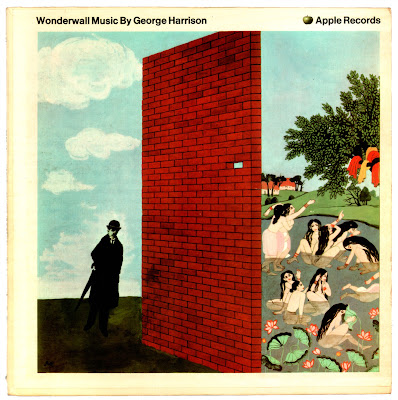 On the event of George Harrison's birthday, I thought I'd use this opportunity to focus on one of my favorite of The Beatles' solo projects: the oft neglected and underrated Wonderwall Music. Though I have never seen the film itself, the sound scape George painted stands on its own as a transporting piece, melding Western and Eastern sounds in a completely innovative fashion.

After watching a rough cut of the Wonderwall film, George proceeded to compose songs for the soundtrack. He produced and composed every song, beginning with home demos and progressing to sessions in both London and Bombay. The "Western" music was recorded at Abbey Road and Kingsway studios Nov. '67 - Jan. '68, with the Remo Four (Colin Manley, Tony Ashton, Philip Rogers, and Roy Dyke), Eric Clapton on guitar, Peter Tork of the Monkees on banjo, and Tommy Reilly on harmonica. George was assisted by classical musician John Barham who also played piano and flugel horn, as well as arranging pieces for flutes, oboes, and a trumpet. The Bombay sessions commenced in January of '68. Wonderwall director Joe Massot stated that George "wanted to get to the roots of the music and find the best Indian musicians to play on it (Spizer 206)." George himself stated that he wanted his score to be a "mini-anthology of Indian music...to help turn the public on to Indian music (Spizer 206)." The Indian musicians included Aashish Khan on sarod, Mahapurush Mishra on tabla and pakavaj and Rij Ram Desad on harmonium. The backing track for the Beatles B-side "The Inner Light" was also recorded at this time.

This seems to be a project that was dear to George's heart--a way for him to be completely free and creative in his vision and execution. Instead of using any of the backlog of songs he had written as potential Beatles projects, George composed experimental instrumentals in an ambitious undertaking. His desire to expose his devoted fans to the music of his soul--the music of India--successfully comes to fruition in Wonderwall Music. If you've never heard it, I recommend getting a copy as soon as possible, and to those of you who haven't listened in a while, George's birthday is an opportune time to visit it again. Let me know what you think...

(References: The Beatles Solo on Apple Records--Bruce Spizer; Eight Arms to Hold You: The Solo Beatles Compendium--Chip Madinger and Mark Easter.)
Posted by child of nature at 7:45 PM

You're not missing much not having seen the movie. It is a colorful period piece with glimpses of Swinging London's dying days, but a thin plot stretched beyond the breaking point. Would have made a decent short film, but then we wouldn't have gotten all the soundtrack music from George.

The "Wonderwall" LP is my favorite of the "not really a solo album"s (You know, "Two Virgins", "Electronic Sound", "The Family Way", "Scouse The Mouse"). George clearly put a lot of thought into the arrangements, melding the gentler flutes, bells, sarod and tabla with heavier rock organ, fuzz guitar, Mellotron, etc.

The movie has some different/longer musical cues than the album, I think. And don't forget about "In The First Place", a minor lost classic produced by George and performed by the Remo Four which was cut from the film!

I actually have downloaded this album but I haven't listened to it ... today seems like a pretty good day to do it. Lovely pics as ever <3.

is that the same wall
that the cave dwellers found before the first battle?
and the same wall that the astronauts found on the moon?