Some Rare Photos from the '66 Tour 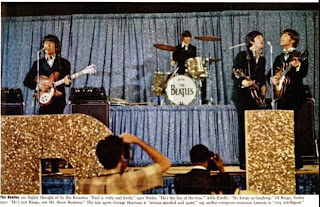 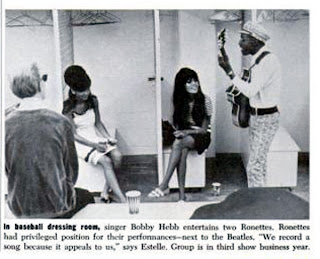 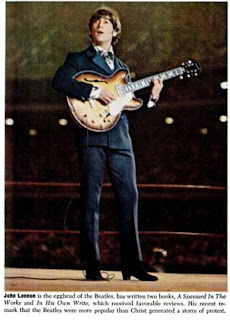 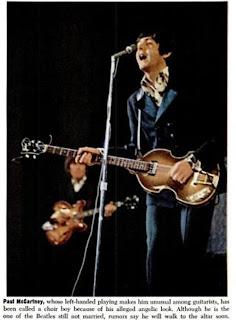 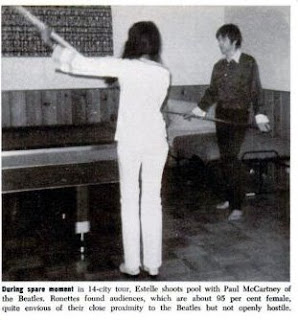 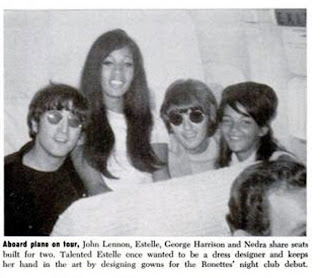 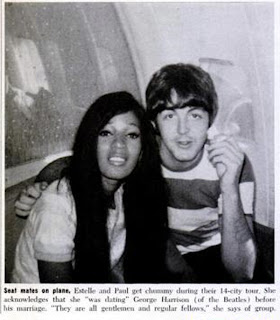 Here are some delightful photos sent to Greg of Beatle Photo Blog fame and me by our mutual friend, Jay. (Thank you, Jay - you deserve all the credit here!) You may have already seen Greg's posting, but I waited until I had time to properly enlarge and adjust the photos before posting them here. I also left the captions, which reveal a bit about how the Ronettes felt about the Beatles themselves. It appears they were quite close, with the gorgeous Estelle (RIP) revealing that she had "dated" George at one time.

Although the Beatles themselves had become weary with touring by this time, their 1966 North American tour boasted a roster of talented and enthusiastic opening acts, including one of the greatest "garage" bands of all time, Boston's own Remains. In a new documentary about the Remains, their current manager divulges that at the time of recording Double Fantasty, John Lennon had spoken with him about the quality and energy present in the Remains' performances on this particular tour, and how he would like to assemble such a band himself. (For more information about the Remains' experiences on this tour, pick up leader Barry Tashian's book, Ticket to Ride, which contains his personal journal entries written along the way.)
Posted by child of nature at 12:35 PM

Wow, these are some great shots. Particularly the on-stage color shots.

I Love this photos, I buy all the frames, they are vey eccentric to me...