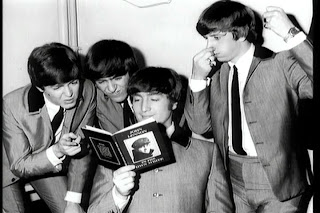 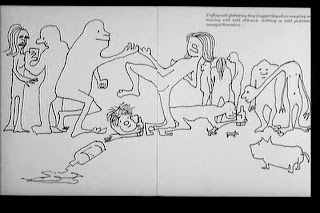 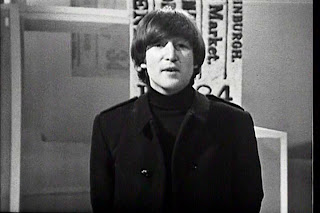 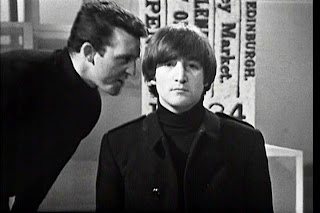 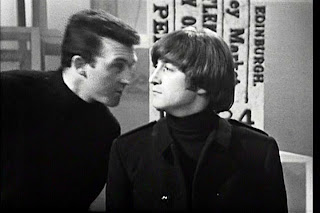 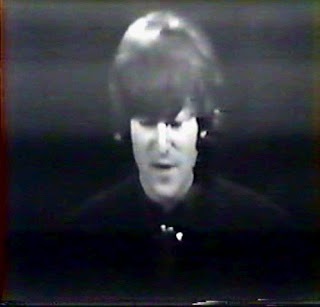 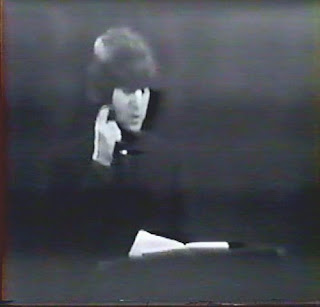 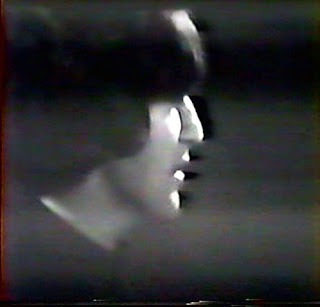 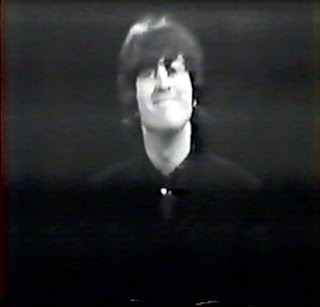 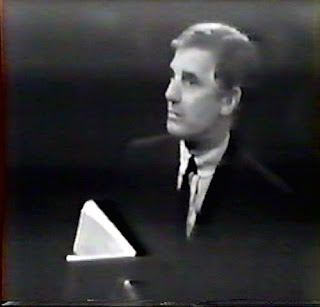 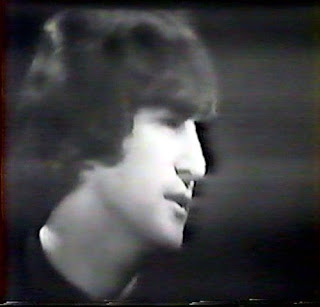 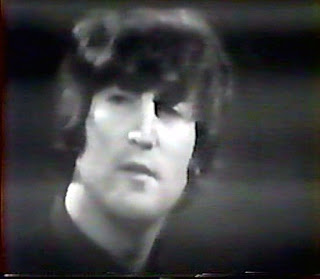 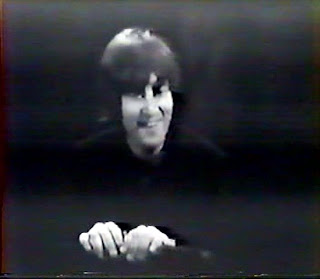 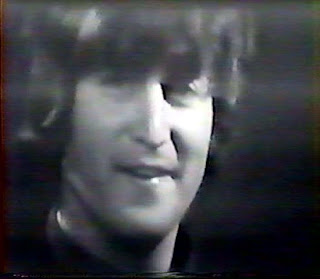 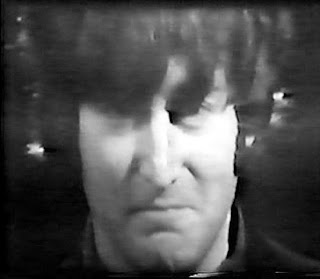 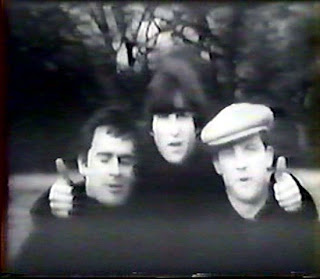 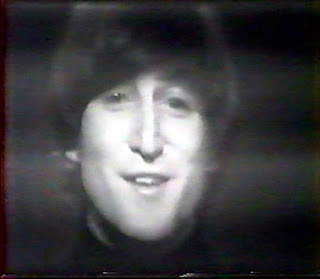 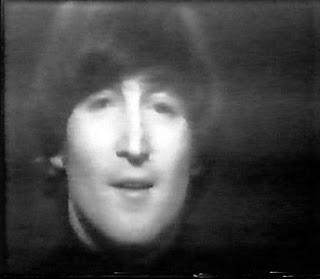 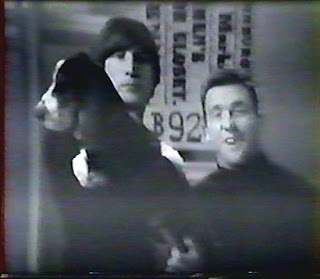 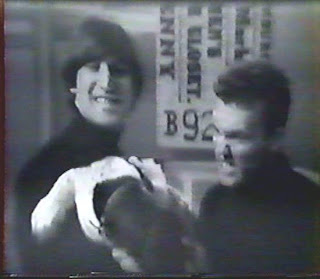 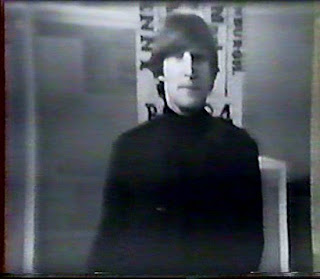 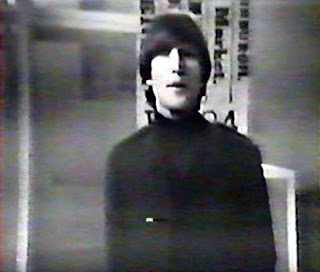 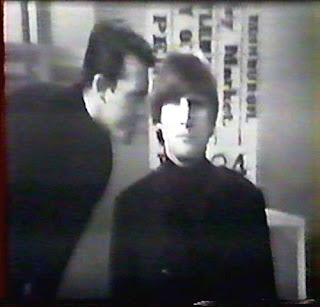 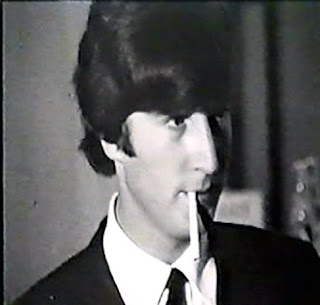 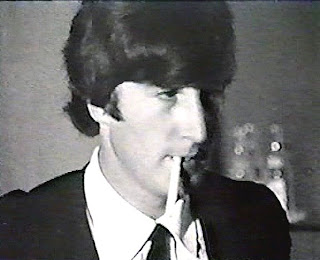 Except for the last two pics (from the Beatles' Australian trip, which I just threw in for good measure) this set of screen captures originate from two of John Lennon's TV appearances relating to the publication of In His Own Write and A Spaniard in the Works. I've posted them out of order--hope you won't hold that against me.

The screen captures of John with Norman Rossington and/or Dudley Moore are from his late '64 taping of Not Only...But Also, which aired in January of '65. This is a hilarious show--John, Norman, and Dudley (in an earlier taped film) act out John's poem "Deaf Ted, Danoota (and Me)," John holds a cute and lively dog as he and Norman recite "Good Dog Nigel," Dudley and Norman narrate "Unhappy Frank," and John and Norman recite "The Wrestling Dog."

The other captures are from a live June 1965 broadcast of the British show, Tonight. John appears to enjoy this interview, as host Kenneth Allsop treats him with respect as an author, not just as a Beatle. John explains to Allsop that he tried writing a longer story but he had so many characters that he became confused. When Allsop responds that this happens to other writers, too, John chuckles and repeats "Other writers!" It seems as if he was surprised to be considered a "writer."

I apologize for the poor quality of some of these screen captures; unfortunately, my source material is quite poor, and this is as good as it gets. The caps sourced from the Anthology are the best from this series.

("About the Awful" refers to John's pun-titled autobiographical blurb from In His Own Write.)
Posted by child of nature at 8:04 PM