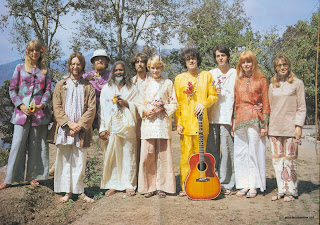 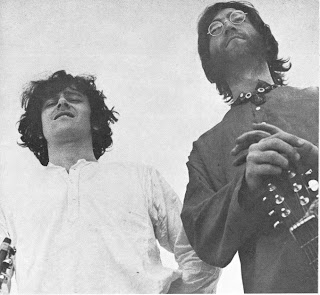 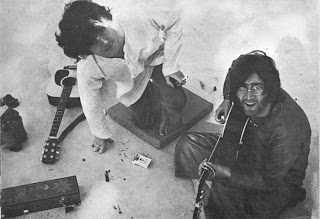 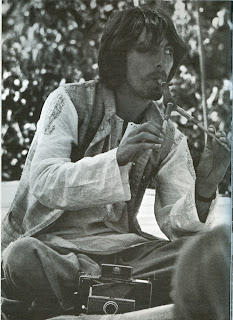 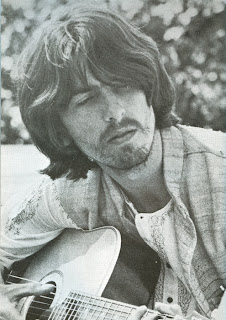 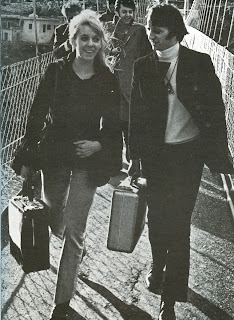 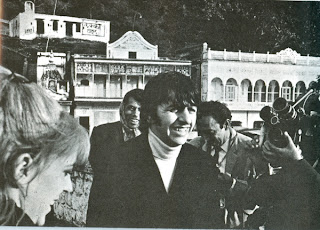 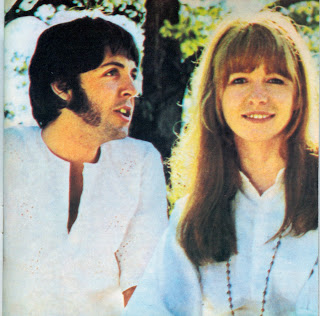 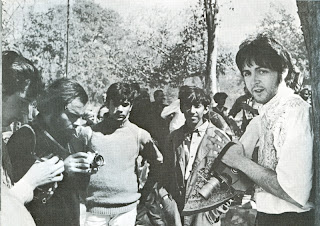 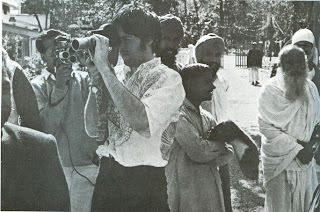 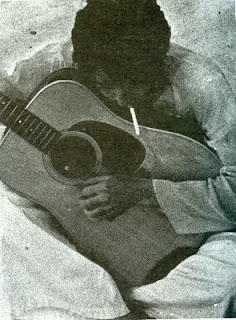 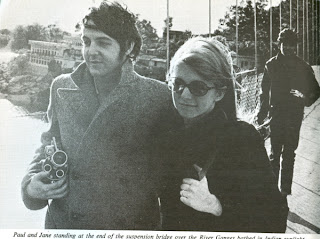 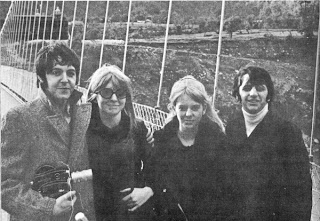 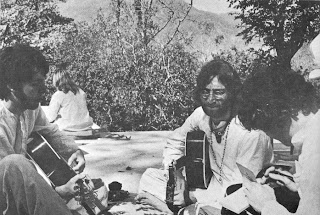 The evening before the Maharishi Mahesh Yogi passed, the song "Across the Universe" (the superior Take 2 as it appeared on Anthology 2) was beamed by NASA toward the star Polaris, a journey that will take over 400 years to complete. I found it more than fitting that this song began a journey across the universe as the Maharishi left his earthly form, some 40 years after the song was originally written and recorded. The circumstances seemed as mysterious and as mystical as the origin of the lyric itself. According to Lennon, the song forced itself upon him--he didn't want to write it, but the phrase "pools of sorrow, waves of joy" would not stop running through his head in the middle of the night. Earlier that evening, John and his wife Cynthia had argued, and as John lay in bed unable to sleep, the lyrics came to him: "It drove me out of bed. I didn't want to write it. I was just slightly irritable and couldn't go to sleep" (Turner 177).

Lennon often referred to the creative process as something mystical, as if he and McCartney were conduits of a sort of divine inspiration, or in Pythagorean terms, receptive to "the music of the spheres." "Across the Universe" remained a favorite lyric of Lennon's, yet he was never satisfied with its recording. In fact, John accused Paul of "sabotaging" the recording by inviting two young fans to sing back up on the "nothing's gonna change my world" refrain. Their vocals appear on the World Wildlife Fund LP version but was (thankfully) mixed out by Spector for inclusion on Let It Be.

The phrase "Jai Guru Deva, OM" relates to the Maharishi's own Guru Dev--"All praise to Guru Dev" followed by the sacred syllable of Brahman. The first photo above is of John Lennon's bracelets bearing this phrase, now in possession of Julian Lennon. The other photos appeared in Beatles Monthly editions, accompanying Mal Evan's account of their spiritual retreat.

I feel that the trip to Rishikesh was a pivotal moment in the Beatles' lives--a certain boost to their creativity and closeness, yet at the same time, John was experiencing great internal conflict. It was during this time he realized that he was irrevocably drawn to Yoko Ono and that separation from his wife Cynthia was imminent. While there he became disillusioned with the Maharishi based on what were probably false claims made by hanger-on Magic Alex. Yet to John, it seemed like another in a long line of father figures was letting him down--just as his own father, his uncle George, and manager Brian Epstein had done through either abandonment or death. Disappointment had occurred so frequently that it was very easy for John to believe that the Maharishi was deeply fallible, a mere con artist.

Some of John's most beautiful songs were written in Rishikesh and were eventually featured on "The White Album." As you know, my pseudonym originates from my favorite unreleased Lennon song, written in Rishikesh and inspired by a Maharishi lecture. I wish Apple would see fit to officially release the entire Kinfauns and Kenwood demos in pristine quality, directly from George and John's tapes. I'd venture to say they are probably my favorite bootlegged tracks. The joy was still there at this time, and if it could have only remained throughout the White Album sessions. Those tapes reflect a beautiful day in George's bungalow, with everyone gathered around introducing their songs and playing together. It was probably never quite that way again.

(Notice in the above photos how Paul is wearing the hand-painted shirt he created for the Our World broadcast...it was later stolen.)

on 40th Anniversary of The White Album

On Thursday, February 21, 2008, Stanford's Aurora Forum, in conjunction with the Stanford Humanities Center, will present a public conversation with three Stanford alums whose research explores the musical and cultural innovations that made The Beatles a powerful force for innovation in society and the arts. Beatles on the Brain, will take place in Stanford's Kresge Auditorium from 7:30pm-9:00pm. The event is free and open to the public. Seating is limited.

Using samples of The Beatles music, Daniel Levitin, a psychologist and record producer, Nick Bromell, an English Professor and author of Tomorrow Never Knows: Rock and Psychedelics in the 1960s, along with moderator and Stanford Music Professor, Jonathan Berger will engage the audience in a discussion that will tackle these questions and more:

- Why is the human brain drawn to The Beatles music?

- Why will The Beatles music still be popular 200 years from now?

- Why do The Beatles compositions merit comparisons to the greatest composers?

- How does music challenge and fulfill listeners?

- What happens in the brain when music is played?

Jonathan Berger, Stanford Associate Professor of Music and Co-director of the Stanford Initiative on Creativity and the Arts

Jonathan Berger has composed symphonic works, concerti, works for all varieties of chamber ensemble, and electro-acoustic music. In addition to composition, he is an active researcher with over 60 publications in a wide range of fields relating to music, science and technology. His research includes studies in music cognition, snal processing and sonification. His most recent CD, Miracles and Mud, was released last spring. He and Daniel Levitin are now working on an article, which will examine the relationship between the Beatles music and renowned, classical composer Joseph Haydn's work.

Daniel Levitin earned his bachelor’s degree in cognitive science at Stanford, his doctorate in psychology from the University of Oregon, and completed post-doctoral training in neuroimaging and psychology at the Stanford University School of Medicine and UC Berkeley. For ten years, he worked as a session musician, commercial recording engineer, and record producer for countless rock groups, including Santana and the Grateful Dead. He has published extensively in refereed scientific journals and in audio magazines and trade journals such as Grammy, Billboard, and Audio. He is the author of the bestselling book, This Is Your Brain On Music.

Nick Bromell earned his doctorate at Stanford where he studied the literature, intellectual history, and popular culture of the United States. In addition to essays and reviews he has written for numerous scholarly and popular publications, he is the author of By the Sweat of the Brow: Literature and Labor in Antebellum American Culture and Tomorrow Never Knows: Rock and Psychedelics in the 1960s. He is currently writing a book on U.S. literature and democracy.

Another option in mother's jewelry is a mom's links of london silver & grandma's bracelet. Attractive charm-type bracelets let your mother charms links of london add a charm for each of her children and it can be their birthstone or a unique item that reminds her of that particular child.As a final charms bracelets point, there are plenty of spring jewelry gifts for mom to choose from in order to let her links of london earrings know that you care. Charm bracelets can be a particularly good choice for the reason friendship bracelets that every charm you select will demonstrate to her how well you know her and how appreciative you are for all the little things that make her special.