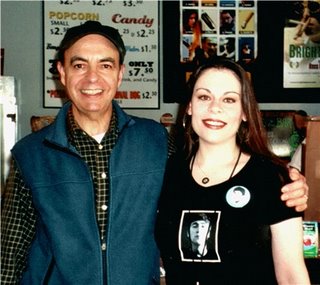 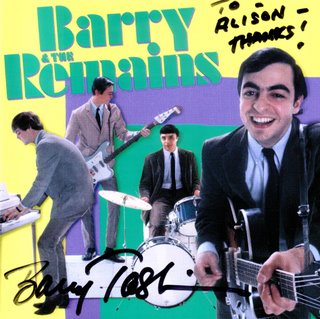 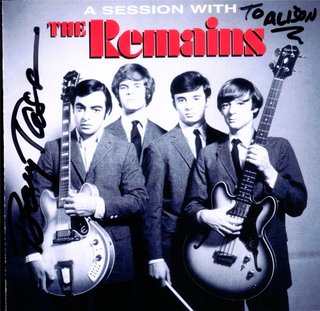 Nashville hosted its first Fab Four Fest October 15 - 17, 2004 at the historic Belcourt Theatre. Though a small venue, the fest was intimate, allowing for close contact with the panelists and hosts. Because of this, I was able to procure autographs from Lloyd Green, the master steel guitarist who augmented the Byrds' seminal Sweetheart of the Rodeo LP (he also played with Paul and Ringo), Mark Hudson, Badfinger member Joey Molland, and many others.

One of the highlights of this special fest was the chance for me to meet one of my favorite musicians--someone who is very underrated, but legendary among garage band fanatics. Barry Tashian was the leader of Boston's greatest garage band, The Remains. Though fame eluded them, they appeared on the Ed Sullivan show and even had the amazing opportunity to open for the Beatles on their '66 North American Tour. Barry wrote a book about his Beatles experiences entitled Ticket To Ride: The Extraordinary Diary of The Beatles Last Tour (highly recommened). I was able to chat with Barry and let him know how much I enjoy his Remains recordings, and also the work he did with Gram Parsons and Emmylou Harris. I also praised the A Session with the Remains release on the Sundazed label, which contains the Remains audition for Capitol Records after leaving Epic. This is one of the best "live in the studio" recordings you'll ever hear--it truly captures the raucous yet melodic live work of a great band. I've included scans of the cds Barry autographed for me, plus a photo of me with Barry (I'm wearing my "I Love John" 1964 Vari-Vue pin--one of my favorite pieces of Beatles memoriabilia).
Posted by child of nature at 8:29 PM

I am extremely impressed! I too am a fan of Barry and the Remains and I LOVE his book on the 1966 tour. I would have been happy to have met him too! Wow!

Thanks! Yes, meeting Barry was a definite highlight for me. He lives in Nashville and is a country musician with his wife, Holly. (I have one of their cds.) The Remains have reunited and put out a cd, as well doing some live shows. I have a great copy of a CaveStomp show they did back in '98. Hopefully you'll get a chance to meet Barry and see the Remains sometime!